or,
How to Shock the Neighbors

Just because Lance is on stall rest doesn't mean all is quiet on the Western front. Oh my, no.

Breezy is in heat. She's a mare; it happens. But for some reason, for the first time in their several years as herd mates, Rick's middle-aged gelding Oliver has decided he is capable of doing something about that. Cue the squealing . . . every so often . . . all day long. Are they just trying to provide perverse entertainment for poor, locked-up Lance? He's certainly getting an eyeful! And I'm getting an earful through the open windows. Ugh. 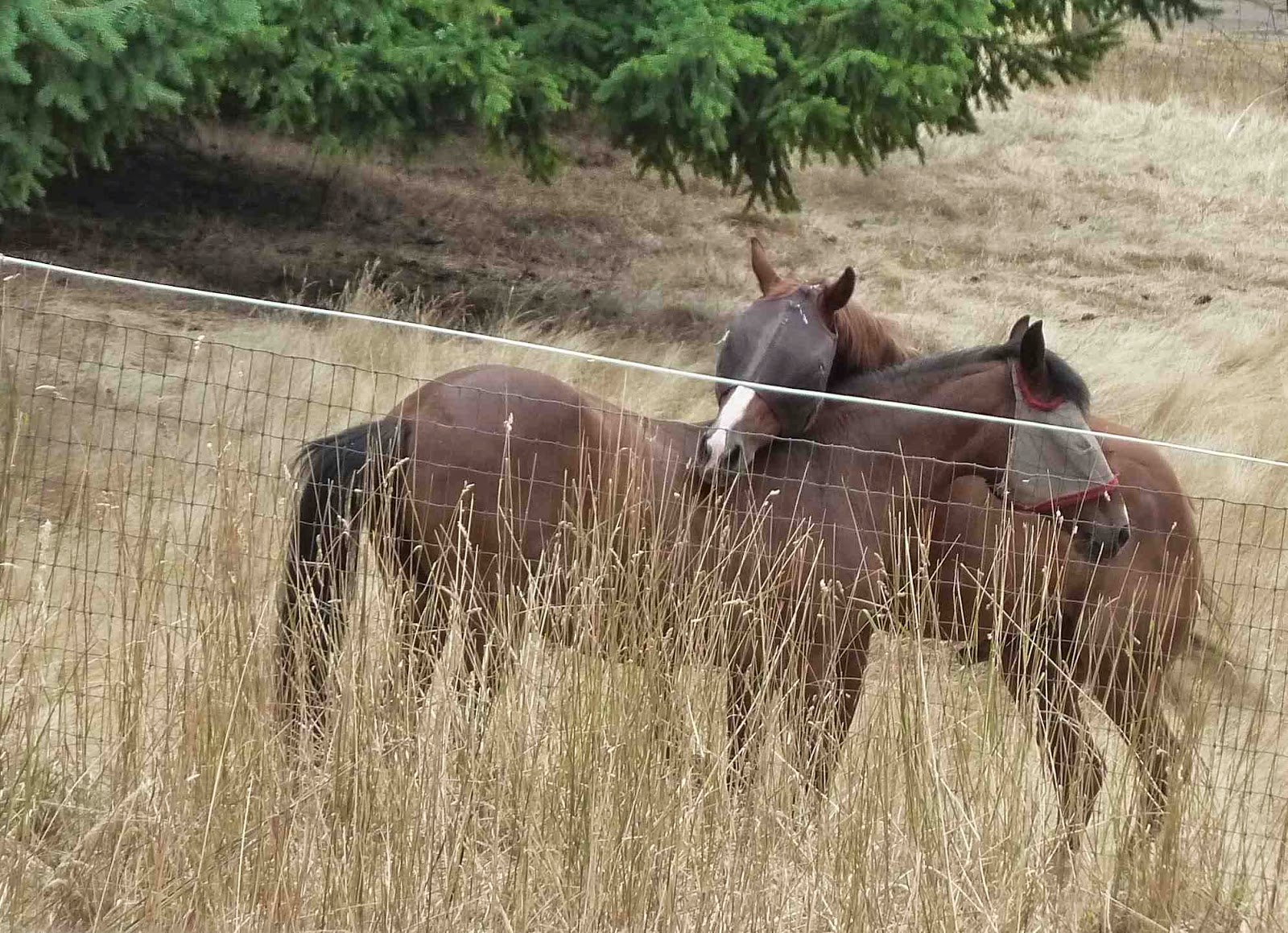 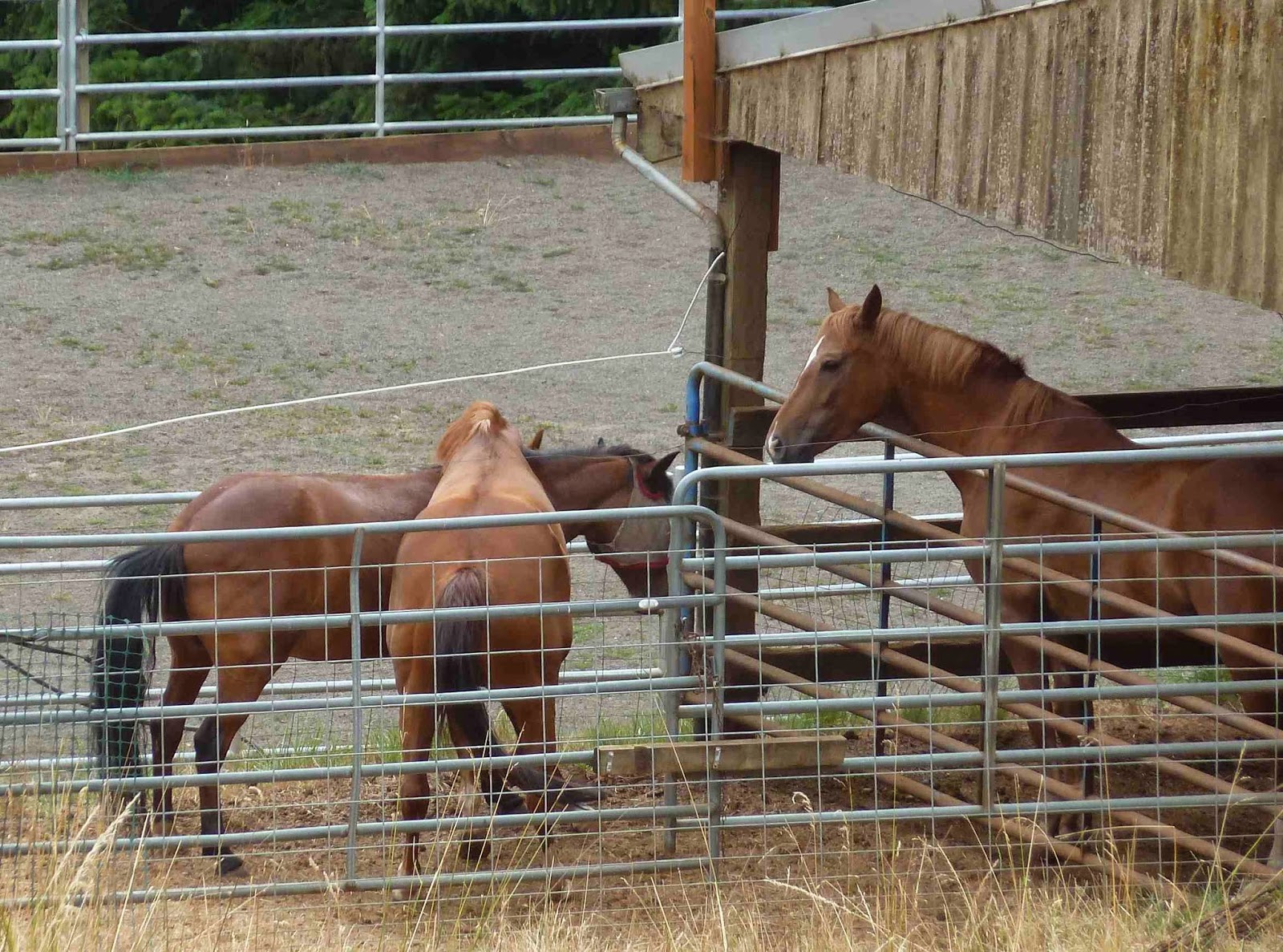 I just came back in from putting Breezy back in her stall. I was worried that the constant mounting – from all directions – could be hard on the old girl. Ah, quietude!
Posted by Michelle at 12:10 PM

Feeling his oats, as the saying goes?