Monumental news to end the year! 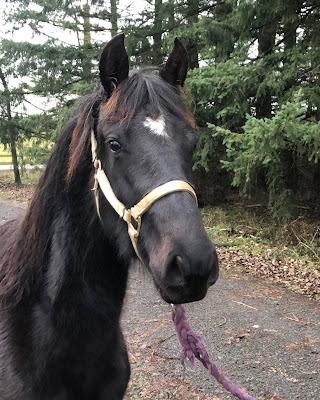 Meet Umpqua Andromeda, my girl Stella, a 2016 Morgan. Rick did a basic pre-purchase exam on her for me last Friday (no x-rays, because she hasn't been handled enough to attempt those). She is a clean slate, basically halter-trained and able to have her feet trimmed and that's about it. My husband and son both seem to think I'm half crazy for taking on a project that may or may not turn out to be suitable for dressage; they don't realize how much I look forward to such a project! I picked her up on Sunday and we are starting to get to know one another and build a partnership. Lance is already being a great 'big brother'....

As I mentioned in my last post, I've done some tentative horse-shopping – mostly 'window-shopping' online. In early November I pulled up the Morgan sales flyer I got last spring, poring over it once again to see if there was anything of interest. In it was an ad I hadn't noticed before with some very reasonable young horses; I figured they were probably sold but I texted the breeder anyway. He still had young stock available, so I roped in a friend for a road trip and we headed down towards Roseburg. The location was beautiful but the situation was surreal; a vast hillside pasture with two mature stallions each running with their own mares (plus a yearling stud colt – and some cattle), and an adjoining pasture with two younger stallions. (It's a good thing the Morgan registry requires DNA testing!) 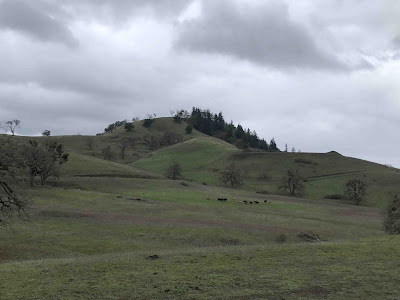 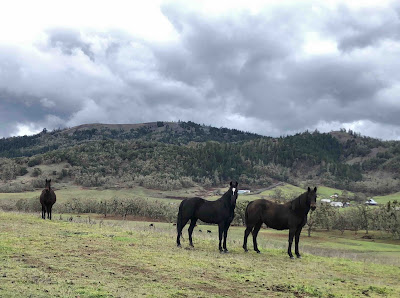 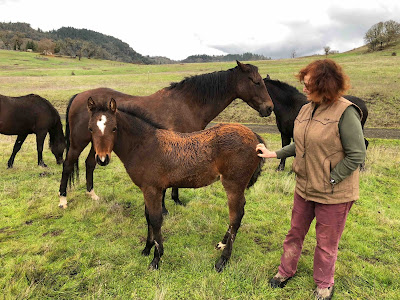 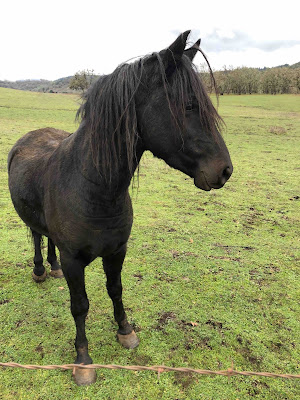 There were some very typey Morgans but none that suited me, so we thanked the breeder for his time and headed home. He did mention that he had a filly that might interest me at a place closer to home, so 11 days later I took a shorter drive to see her. 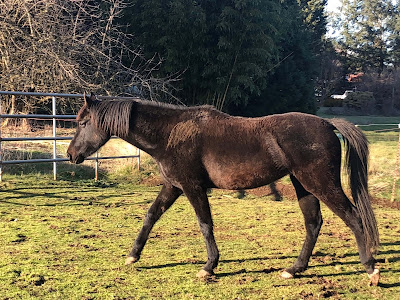 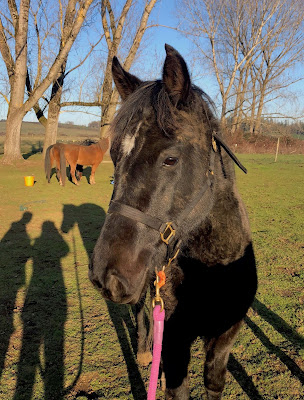 Now this one did interest me. I had two big obstacles, though – hay and husband. We didn't have enough hay just for the horses and sheep that we have, not to mention what we’d need if we added a third horse, and hay has been really hard to find around here. And my husband was predictably poo-poo on getting another horse, even though he had said he was keeping his eyes open for me. I wasn't asking Rick to buy me a horse (I had some money set aside), but I did want him to do the pre-purchase exam and I wanted his consent. (Many moons ago he bought a horse without consulting me 😡 and I was determined not to do the same to him.)

I figured I'd better tackle first things first, so I started looking for hay in earnest. No luck. A week after looking at the filly her owner followed up with a text, and I told him I needed hay and a husband's okay. He texted me the name and number of someone with hay for sale and all the stars aligned one afternoon to give me dry weather and an available son. I picked Brian up from school and drove on to the hay place, loaded up, drove home with 68 100# bales which we then stacked in the barn. (Rick was out of town at a veterinarian convention.) 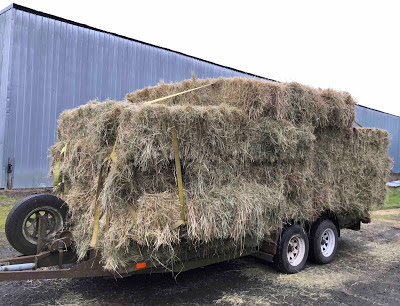 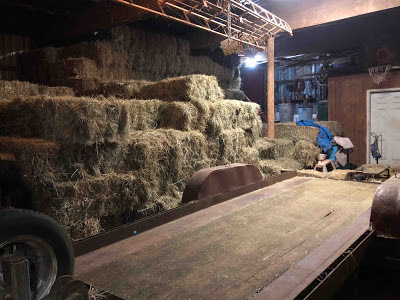 The husband's consent didn't fall into place so quickly. In fact, Rick waited until Christmas Eve to tell me I could schedule a pre-purchase exam. (There may have been squealing – and tears.) As I said at the beginning, we did the pre-purchase the Friday morning after Christmas; here are a few more photos from that day. 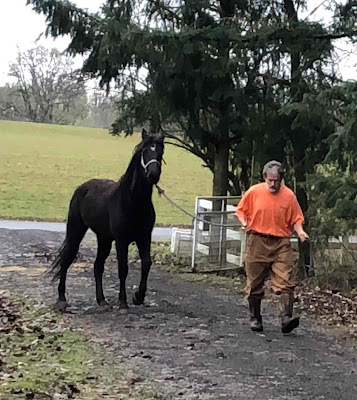 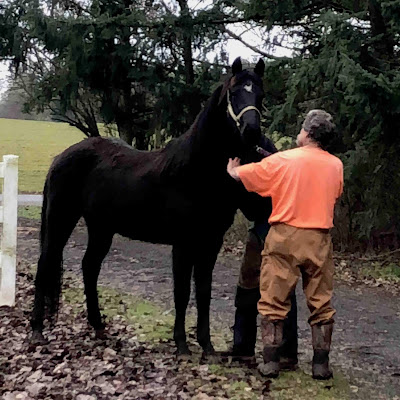 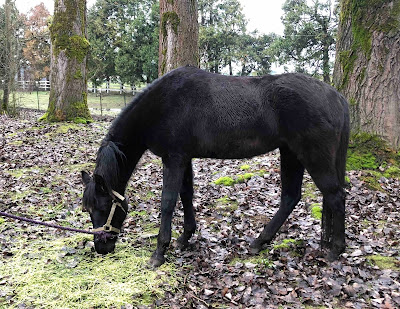 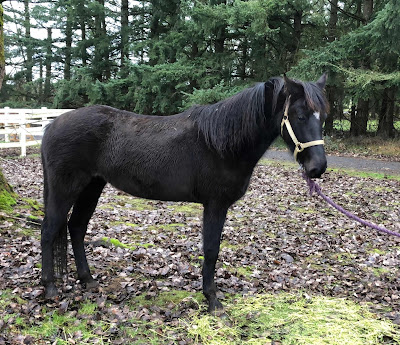 I brought her home on Sunday and already have so much more to share. We've got a busy year ahead – hopefully many busy years ahead! Happy New Year, everyone. 😊
Posted by Michelle at 11:39 PM 6 comments: