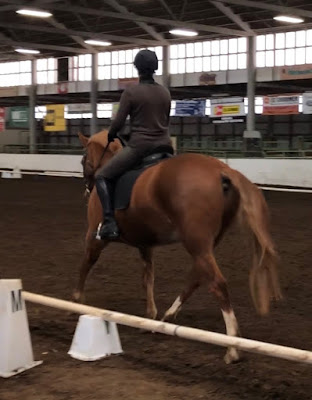 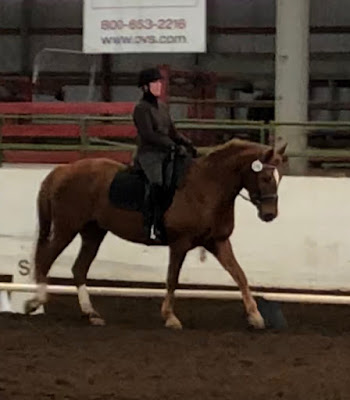 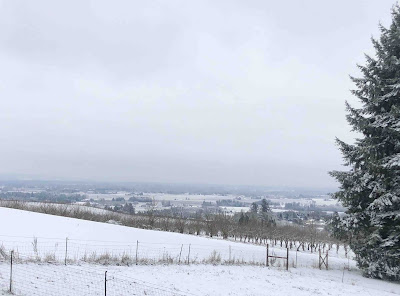 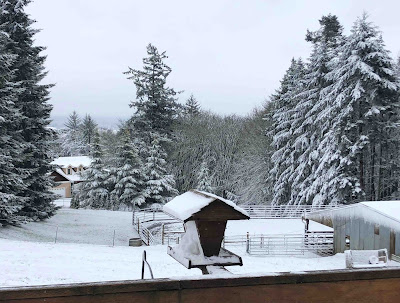 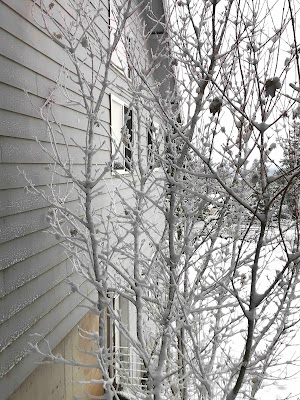 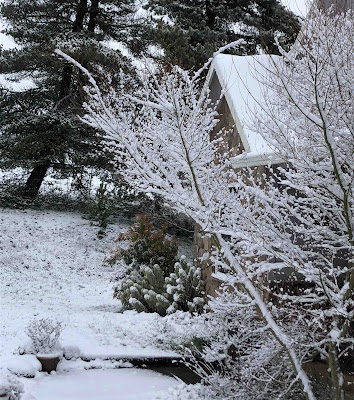 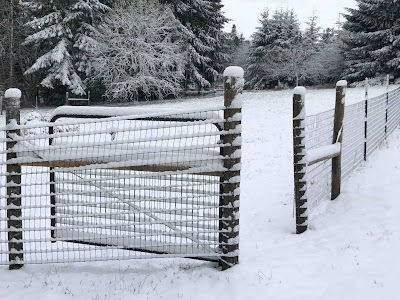 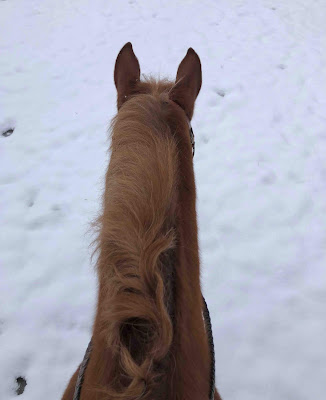 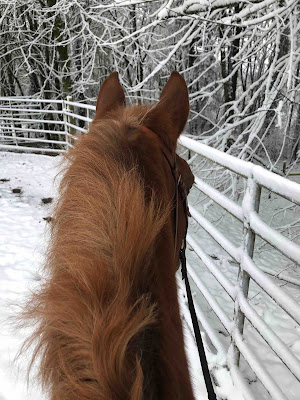 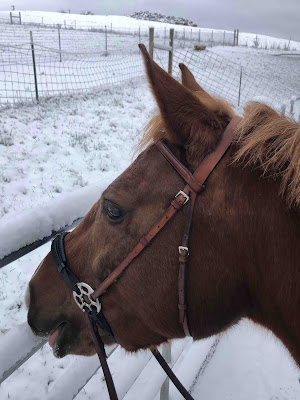 It was a great weekend!
Posted by Michelle at 9:55 PM 6 comments:

Doing what we can

I've looked over Second Level Test 2 and like I said, everything is within our current skill set. Whether or not we can do it all, one thing after another, without taking breaks to stretch or cough or catch our breath, remains to be seen, but we'll give it our best shot.

In the meantime, I'm working towards making Lance look the part. I shaved his bridle path and the tufts of hair that stuck out of his ears, then I spent some time on his mane. The rubbed off lower section has finally grown back but is thin and unruly, probably from being under his high-necked turnout sheet. The upper section was long and thick and I've left it that way to give his neck more coverage against mosquitoes. Time to make him look more like a dressage mount than a neglected nag! 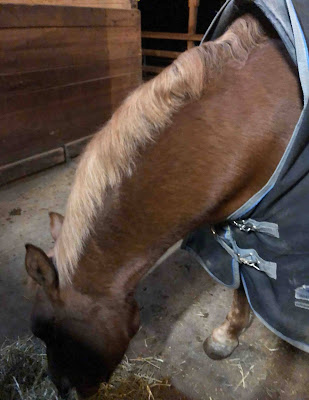 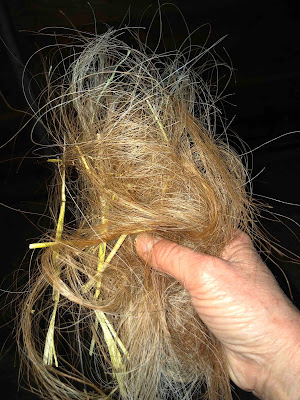 I'm not done yet, but it's definitely looking better. I also need to wash and trim his tail and legs/fetlocks. But that can wait for one of the rainy days forecast this week; today is for riding!
Posted by Michelle at 2:15 PM 1 comment: 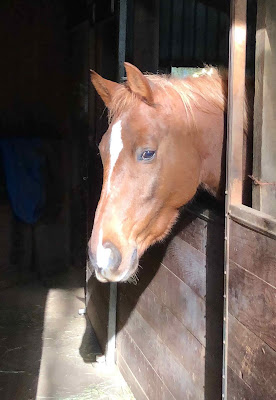 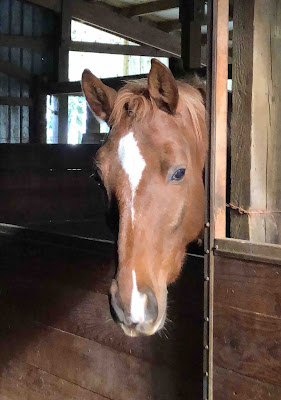 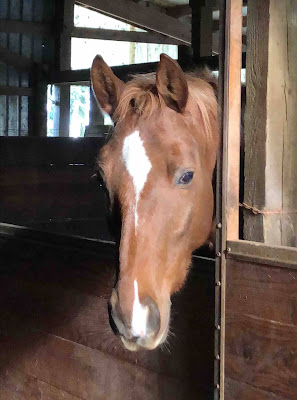 Yes, Lance; I entered us in a show! But don't worry; we're just doing ONE class. It'll take longer to clean you up to show than it will to warm you up and ride the test.

Our chapter's Bears Above the Ground ODS League show is light on entries, so I decided at our meeting last night to "Just Do It." If we don't fall down or break gait, I'll be happy. If we break 60 in our first Second Level attempt (and our first outing in three years!), I'll be thrilled. Now to print off and memorize a new test – while continuing to just work on short stretches of 'quality' during our rides.

In case anyone else still checks in here! 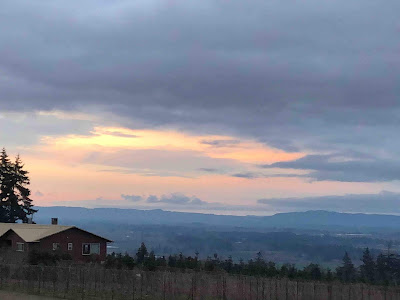 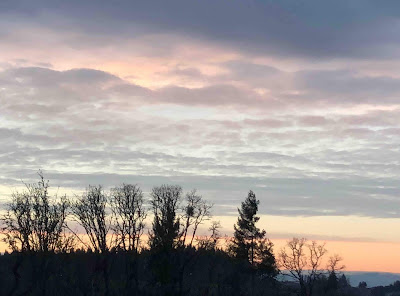 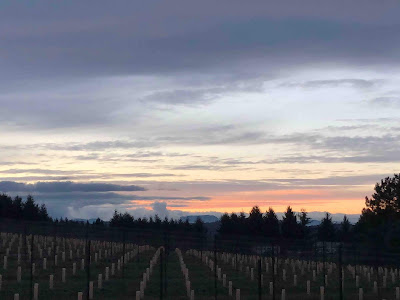 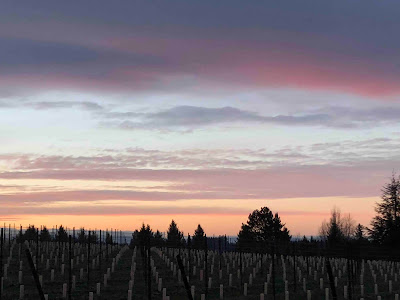 Lance and I are still a couple, comfortable with each other and our routine, like old married people – ha! His weight is good; he's coughing a bit more probably because of the smoke from our wood-burner and others. We're still exercising, schooling, taking in sunsets (above); although this weekend the weather has us mothballed. We've had some snow and rain and snow and freezing, so although I have cold-weather riding gear, the ground is now too slick and hard. I just went down to saddle up, and found it isn't even safe to try and lead Lance out of the barn. 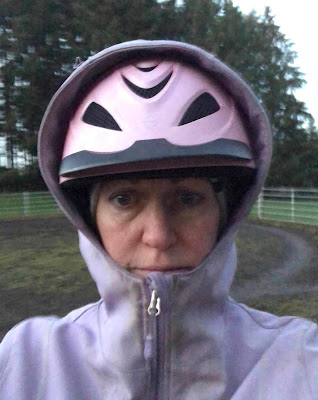 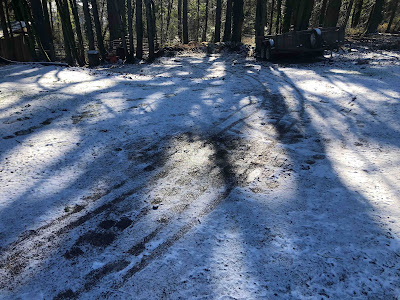 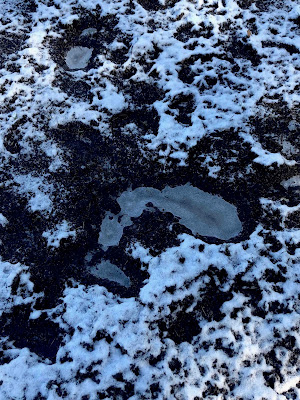 But we have had some nice weather for riding, although it is too dry for winter here. 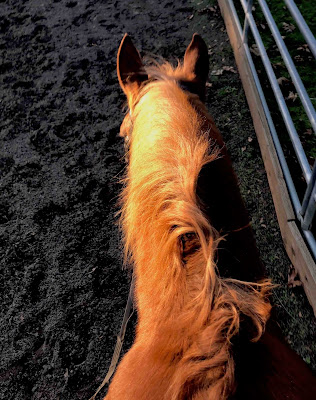 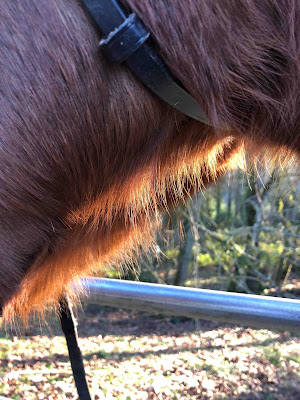 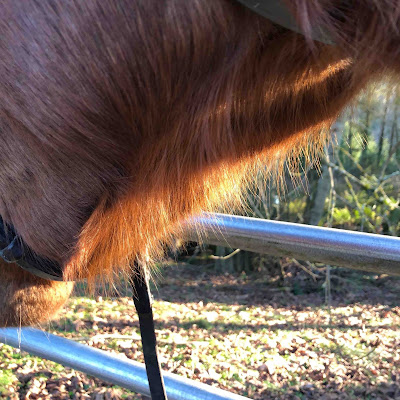 I haven't yet entered our ODS chapter's League show. It's coming up on the last weekend of this month; I have until the 15th to decide. I did look up the new dressage tests, and think that the Second Level tests are well within our skill set, if I can manage Lance's energy effectively. Still waffling....

Late last month I was thinking about my client with the handsome dapple gray OTTB, so I emailed her. I was stunned when she emailed me back that she had to have him euthanized on Christmas Eve due to surgery complications. Since then, she has purchased another OTTB; I look forward to meeting him someday.

My New Year's Day riding buddy is still recovering from her accident. Her clavicle isn't healing so she'll need surgery for that, but she also has pneumothorax that must resolve itself first.

You just never know what life is going to throw at you; all we can do is make the most of each day!
Posted by Michelle at 1:42 PM 3 comments: