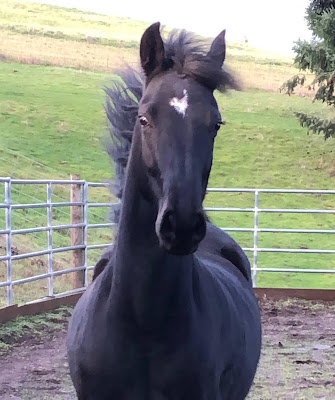 Yes, I've been AWOL here on my horse blog. Putting together a post has been a struggle, not for lack of activity or photos. Maybe for lack of progress; we've finally regained the ground Stella and I lost after the 'long-lining incident' but haven't really moved forward from there. And now the weather is slowing us down; turn-out is limited to the arena and always supervised if there are puddles (which is most of the time) because of Stella's propensity for pawing at water. Less turn-out means more energy and reactivity, which makes our work together resemble Groundhog Day more than The Incredible Journey. I brought her home the Sunday after Christmas last year and here we are a year later, still in pre-Kindergarten. Sometimes I am tempted to despair that I will ever make a riding partner of my little Morgan mare! 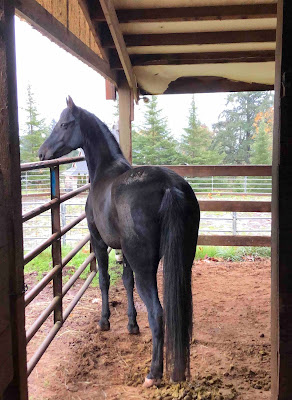 Meanwhile, I was able to start hand-walking Lance back in October, slowly progressing to under-saddle walks and eventually a bit more. But he's had a couple alarming flare-ups of heaves this month that have necessitated rounds of additional drugs, and his breathing is still not back to normal.
Then on Monday our taps dried up. It's one thing to not have running water in a residence; it's a whole 'nuther beast to lose water when you have livestock. After a $200-fix-that-was-not-a-fix yesterday, we learned today that we are going to need everything BUT a new well; the pump, wiring and pipes are all shot. Hoping that will all get replaced tomorrow ($$$$), but because of both the failure and the fixes I'm not sure the water will be safe for man or beast for another day.
All this to say that my one-year anniversary with Umpqua Andromeda didn't get any fanfare. And yet, as "Facebook memories" have popped up in my feed this week, I realize how much Stella has changed. My scruffy cygnet has morphed into a beautiful black swan!
Then: 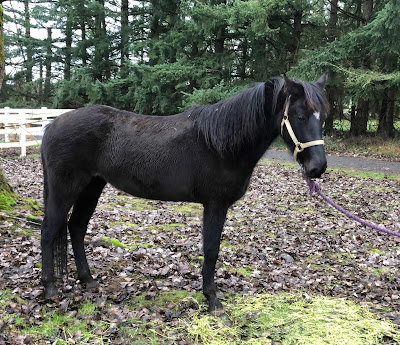 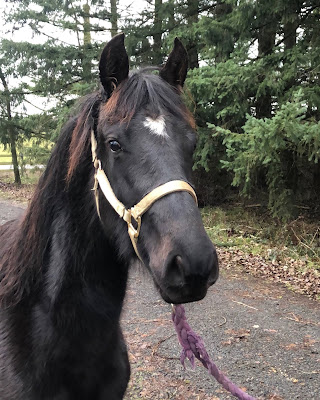 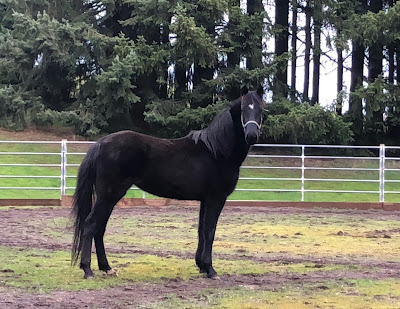 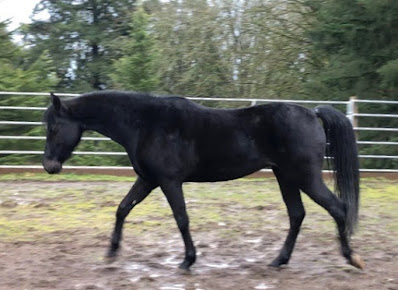 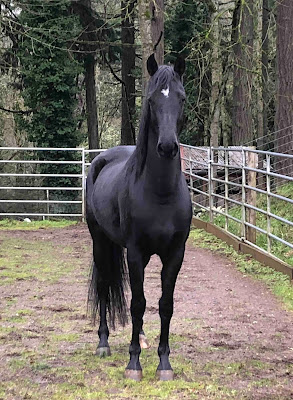 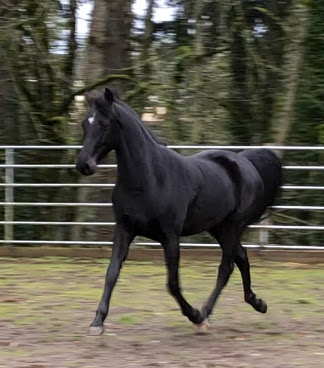 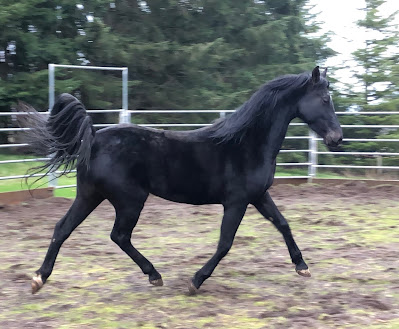 I see a blacker, sleeker, fitter, more filled-out mare whose neck has gone from upside-down to rightside-round. I see a horse who trusts me, comes to me, and tries for me. I guess she really has 'come a long way, baby'! 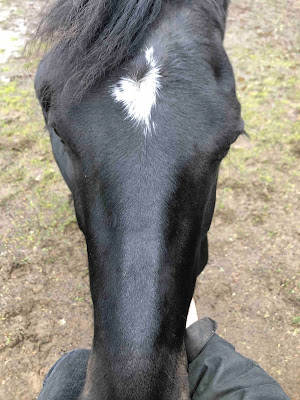 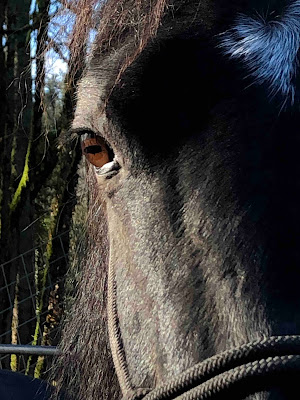 Oh, and there has been one visible bit of progress; I've blanketed her for the first time! 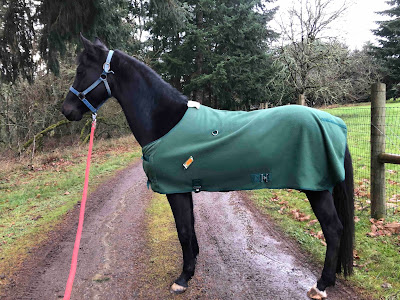 I didn't leave it on her, but did lead her around. As reactive as she is to things that touch her, she handled it pretty well. She also handles gunfire surprisingly well. On Christmas Day Rick and Brian shot some clay pigeons while she was turned out, and after a couple big spooks, she mostly stood her ground.
Finally, I got a little holiday surprise. The guy who accompanied our group to Perrydale Trails to take photos created some beautiful images. They make special 'keepsakes' of some of the best memories of 2020! 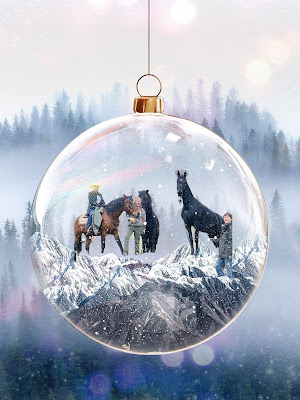 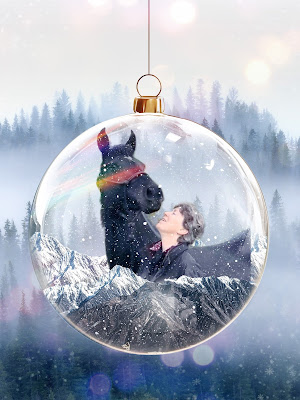 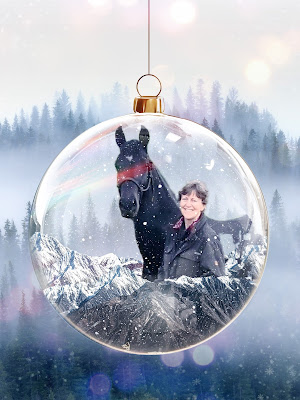