In the midst of the holidays and well into the rainy season, I am still getting in 2-3 rides a week (except for just one ride during the week of Thanksgiving) and am pretty happy with that. With our weather and my responsibilities (including being a homeschooling mom and part-time home business owner), that is probably the most I can hope for.

I rode on Monday, but the rest of the week looked like a wash according to the weatherman. Still, sometimes we get breaks between showers, and today we got a nice, long one. I jumped at the chance. Since the arena was too sloppy to use, I suggested to Brian that he ride with me so I could head down the road. When he declined I turned it into a mandate. After all, his pony needs exercise and a reason to justify all the care and expense involved in having her. He ended up having a great time, even though she sent him tumbling over her head early in the ride. That's what the helmet is for.... 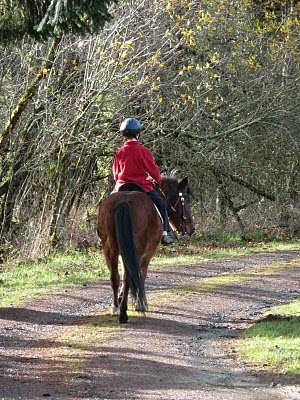 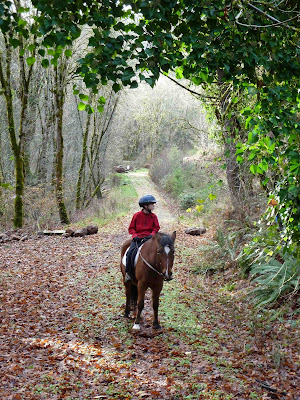 We really do live in a scenic area, built up as it has gotten to be. I love our green winters, too. I remember how brown and barren the Midwest was in the winter (except when covered with snow), and I definitely prefer green. 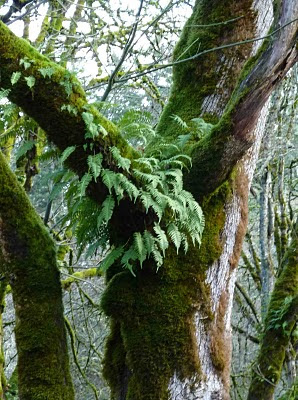 (You know it's wet when both moss and ferns grow in the trees!) 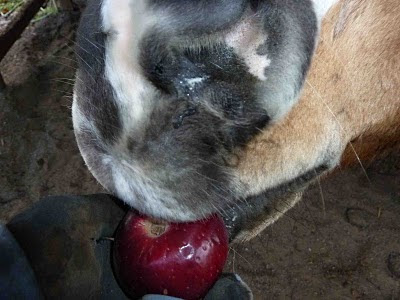 Russell says the best part of the ride was the apple at the end. ;-)
Posted by Michelle at 2:43 PM