My wishes were horses,
and I got seals besides! 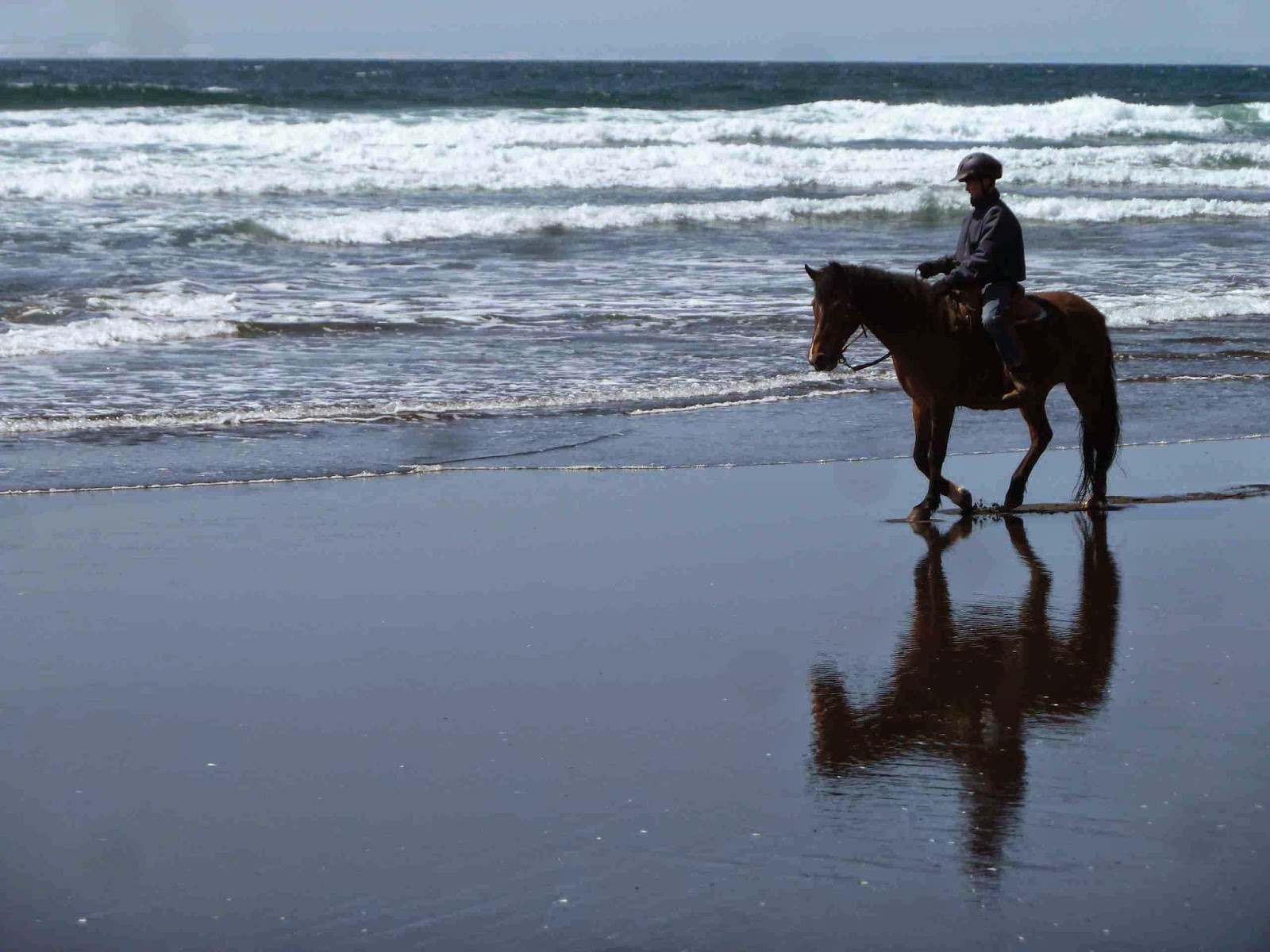 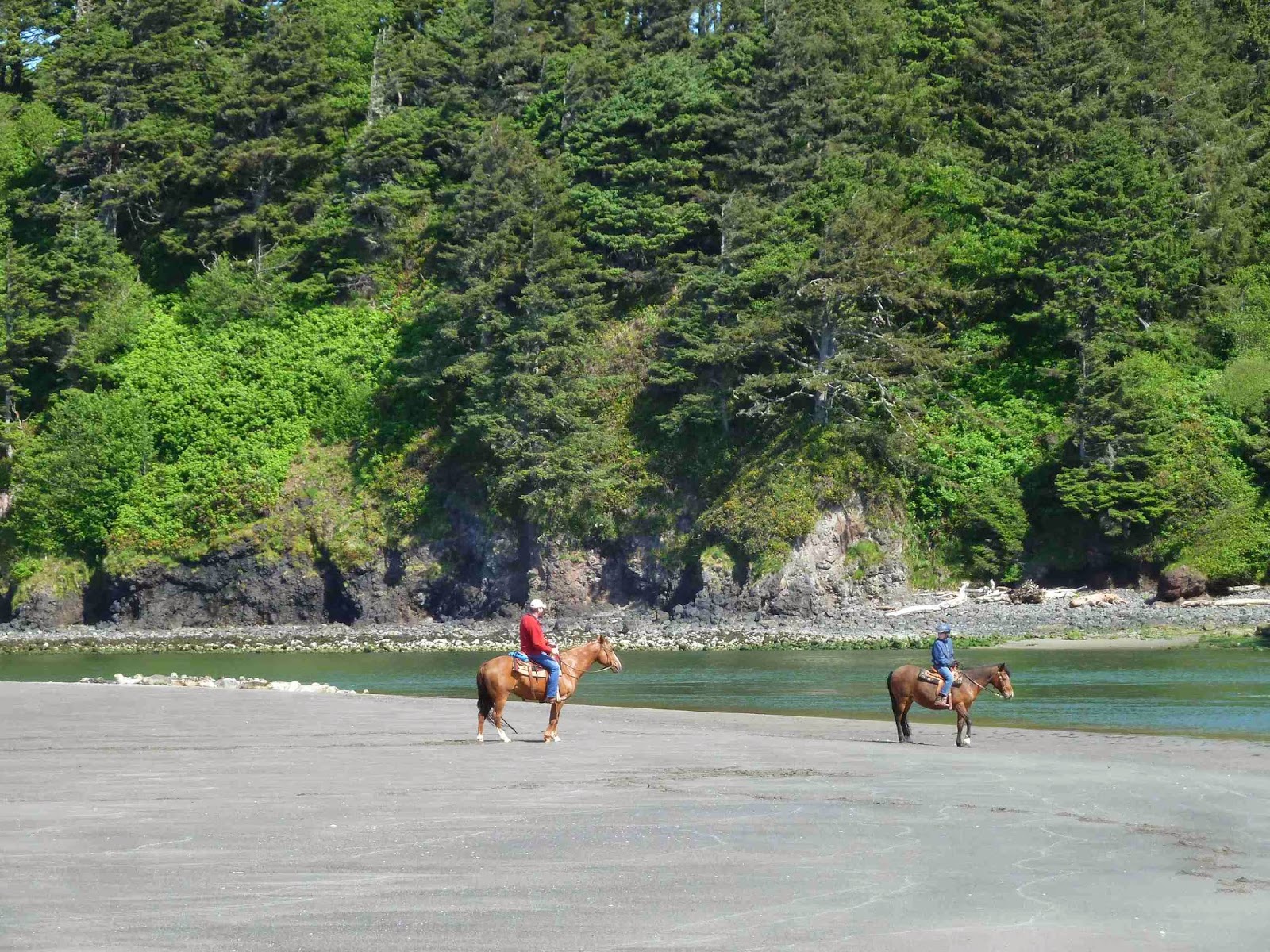 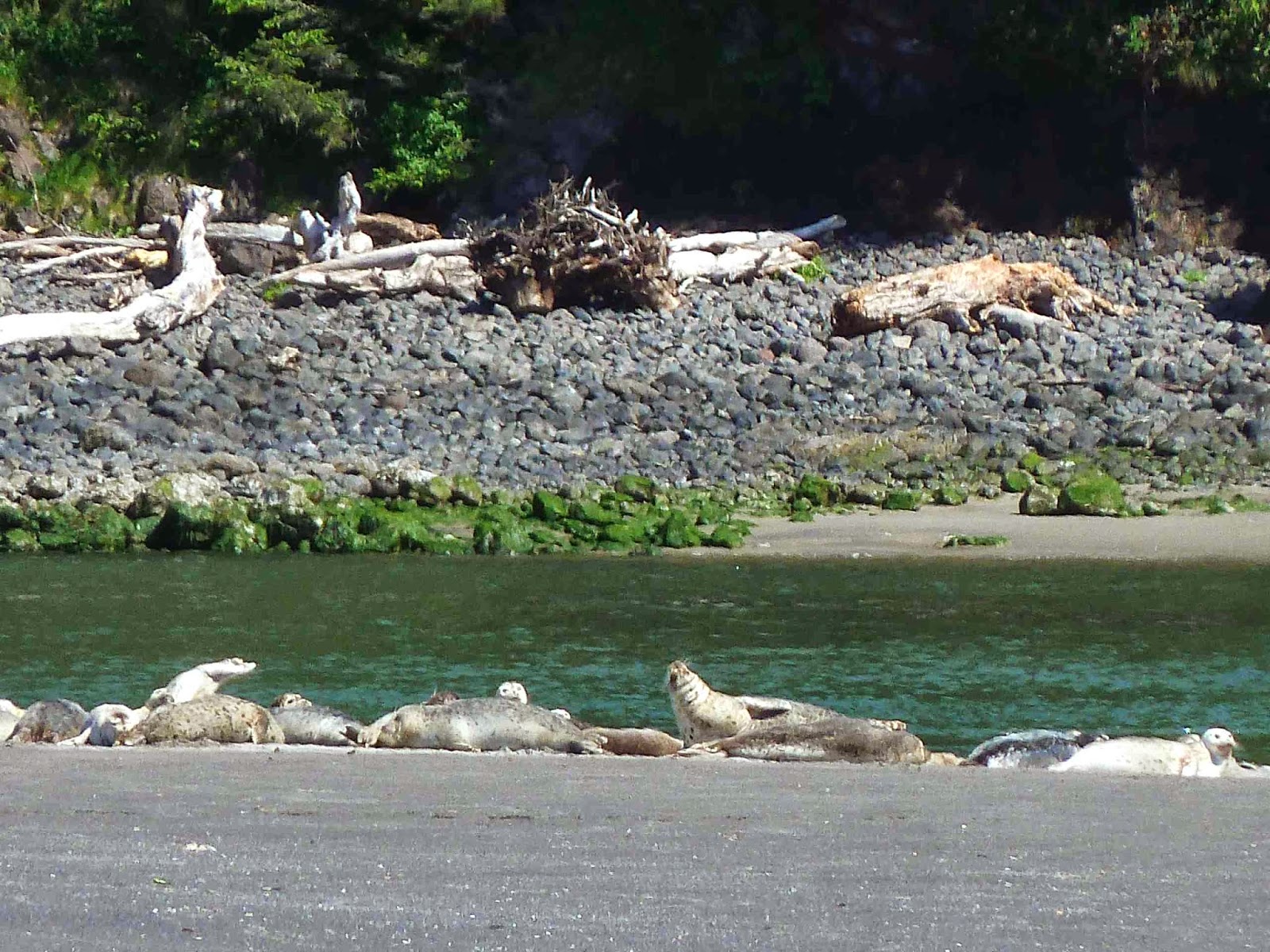 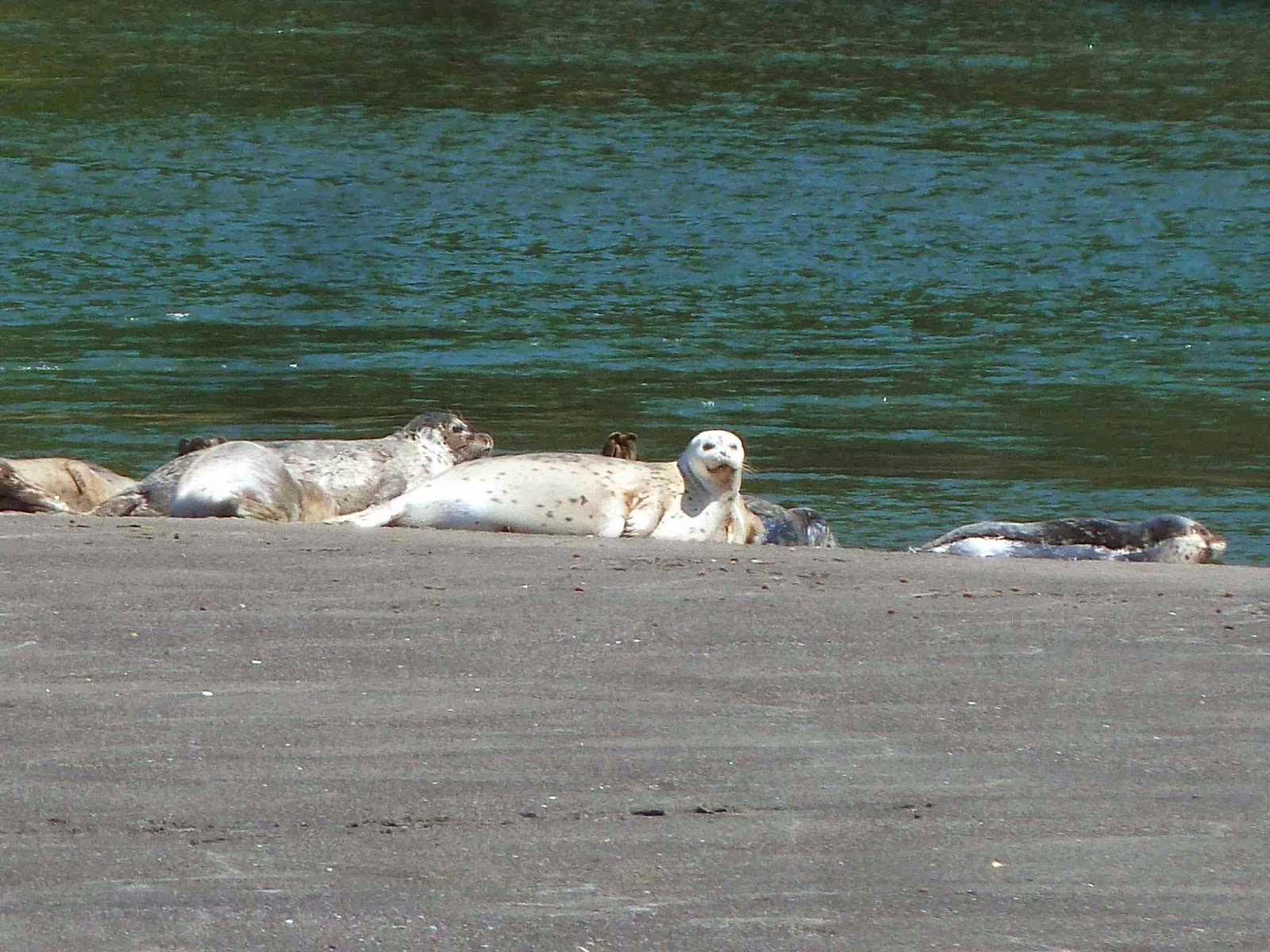 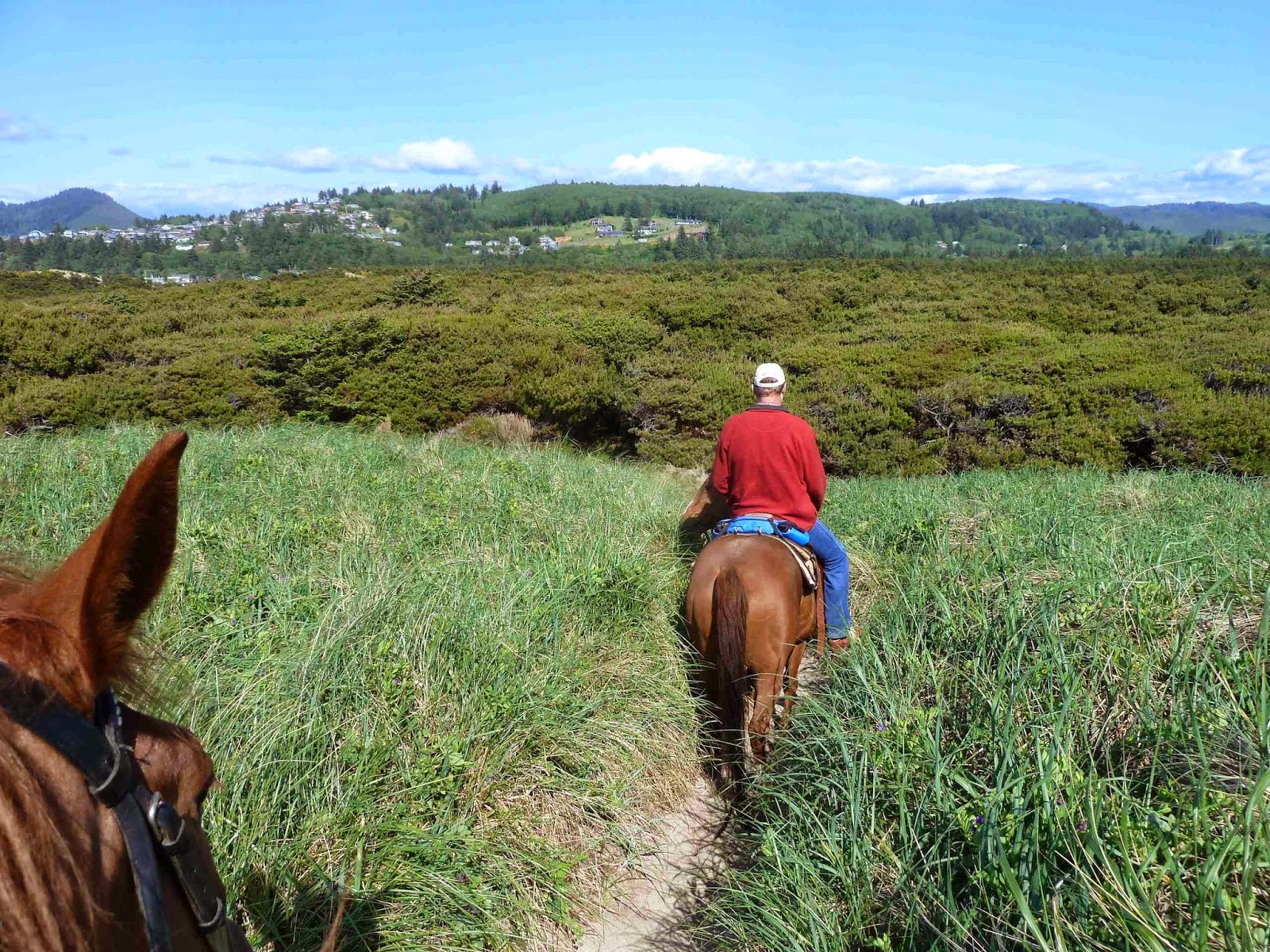 I posted the above photos and more of our family beach ride over at my Boulderneigh blog. I think Rick took some photos of Lance and me with his smart phone but I haven't seen them yet. I'll post them here if they exist!

Lance was a good boy, although still not a surfer dude in spite of his sandy-haired good looks and buff bod. ;-)  I did get him to follow the others horses through some still back water trapped by a rise in the sand – and I think he resented me for it! Seriously; for quite awhile afterwards he acted really PO'd at me. You'd think he, not his parents, came off the high desert range given his aversion to salt water....

We mostly walked, since my husband's and son's mounts have done little to nothing all winter and we went quite a distance. There was a little trotting and cantering, which my son thought was great fun. Rick had me trot in front of him so he could watch Lance's movement for soundness, and said Lance was absolutely even and steady. It felt flat, but then again it almost always has. It remains to be seen whether or not Lance ever develops some "loft."
Posted by Michelle at 11:29 AM

Tell me again why I am moving from Oregon? sigh, lovely.