Yesterday I had to scramble to get everything done before leaving for my son's violin and fencing lessons. First I homeschooled Brian while prepping seven quarts of pear sauce. Once they were simmering in the canner, I ran down to the barn to groom and saddle Lance, then ran back up to the house to remove the jars from the canner, then lead Lance back to the arena for a 20-minute ride, then ran back to the house for a quick shower. Still, I had to snap this photo of my handsome boy holding my handsome boy: 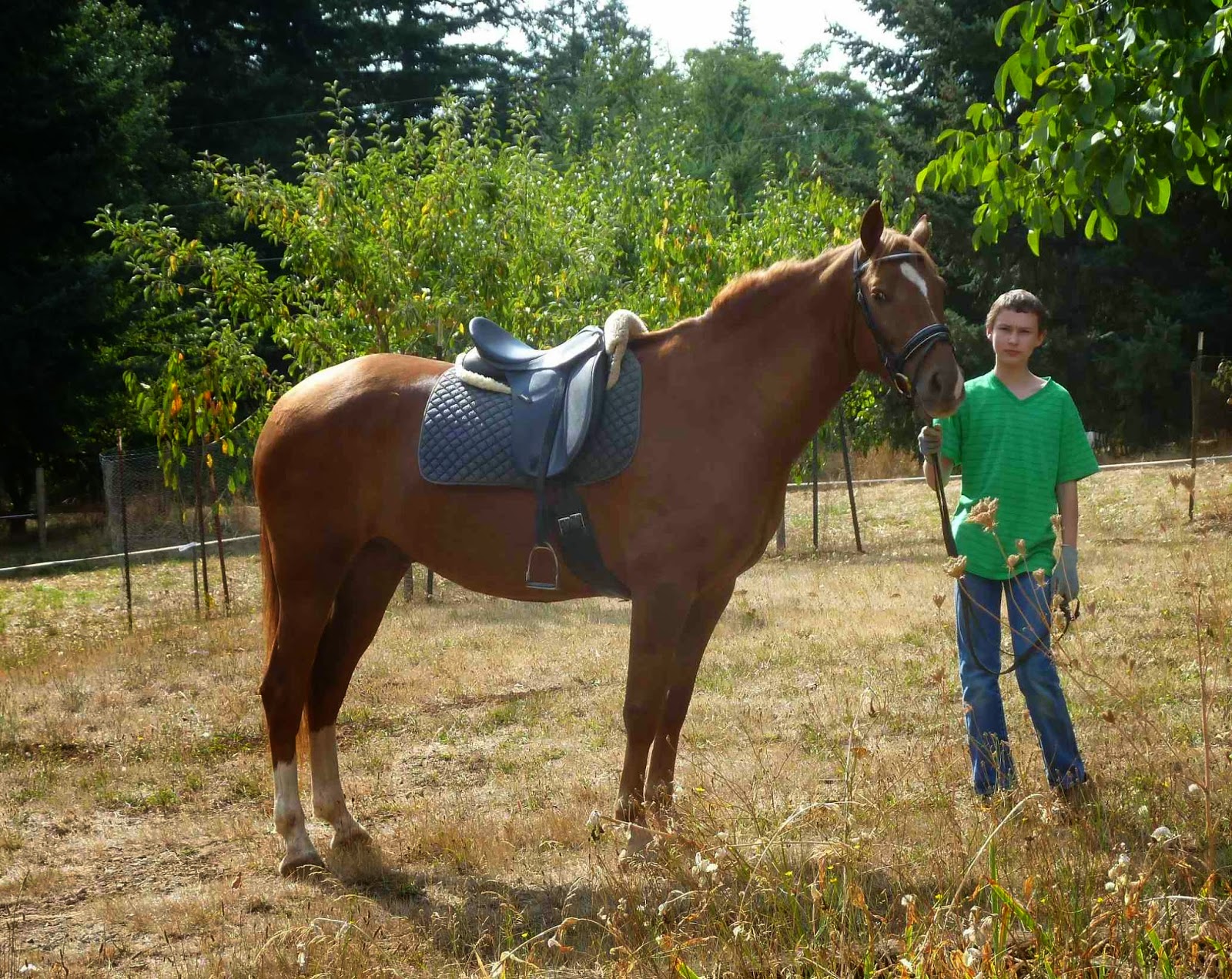 Not only are they both young, male, and handsome, they are both mischievous rascals. Brian might be more athletic; he's certainly been sounder. Lance is easier to train, though.  ;-)

My Wintec saddle with extra-wide gullet and Shoulder Relief girth are still working well for Lance. After the repeated injuries and time off, I'm more thankful than ever not to have big bucks tied up in tack.

We had some rain today, with more expected tomorrow. That should firm the arena footing up nicely, so we can do a bit more work. Lance has been getting his near-daily constitutional, but I've done little more than walk in the dry sand. I have asked for a bit of trot here and a canter depart there, just enough to be gratified by what Lance remembers.
Posted by Michelle at 9:37 PM

Yes, both handsome and leggy! Did Brian grow about a foot or something?

No, but he's getting closer and closer to my height of 5'8"! And sometimes I'm startled by the faintest shadow on his upper lip.... ACK!