The importance of being earnest


TBDancer commented on my last post about how hard it can be to stay focused while riding. Yes, it is, but you can't get far in dressage without it. In order to dance beautifully with my partner, Lance has to listen to me, to focus on my cues so we can move together with grace and power. But that only comes as I give my mind and body to the task as just as completely. Focus is challenging for both of us. Horses are prey animals, hard-wired to be watchful for any possible danger. I am a woman – wife and mother – hard-wired to juggle ten things at once while keeping dozens more in my mind to deal with later. And since I homeschool my son – who is a very social creature – I rarely get to ride without interruption. Lately, it's been even more challenging. My son has been taking fencing lessons this fall, and is doing some extra chores to help pay for his fencing equipment. One of the jobs I've given him is weeding the arena so my husband doesn't again resort to spraying it with toxic herbicide. (Sorry, I just don't think riding in the stuff can do Lance or me any good.) Brian doesn't work well alone, so he weeds when I ride . . . and every walk break I give Lance is a talk break for my son. You do what you gotta do. ;-) 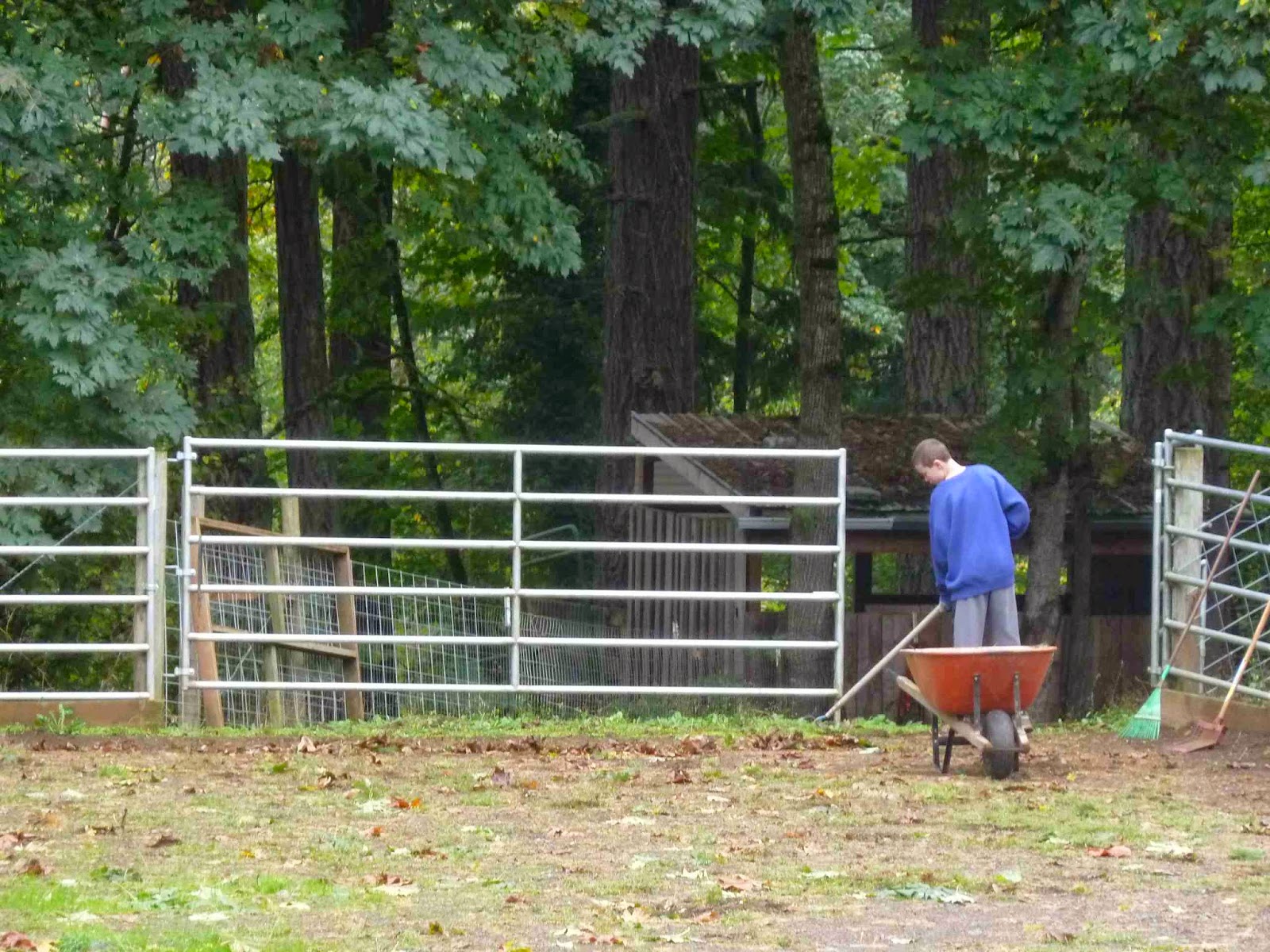 Last week Lance didn't get out Wednesday or Thursday, so was full of pent-up energy on Friday. Rick had mentioned that Lance was probably healed up enough to get some turn-out, so I decided to let Lance loose in the arena before tacking him up. He tore off bucking to the other end, dropped and rolled, leaped up, ran around and bucked a couple more times, dropped and rolled again, then trotted right up to me. He was loose all of five minutes, but his expression clearly told me it was enough. Funny goober. We had a really good ride after that, too. I was thinking about the USDF directives of balance, willing, and quality, and felt like we had all three. 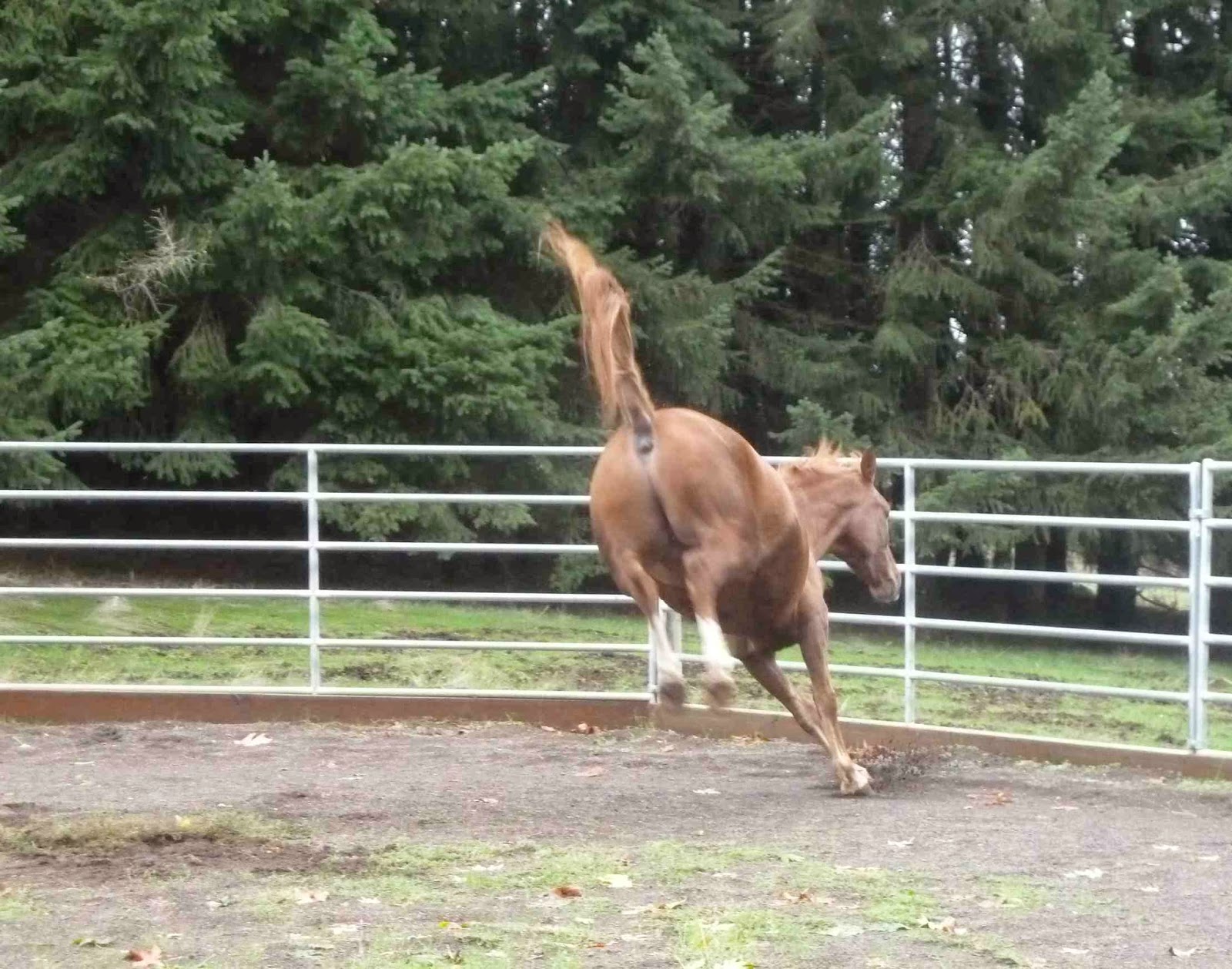 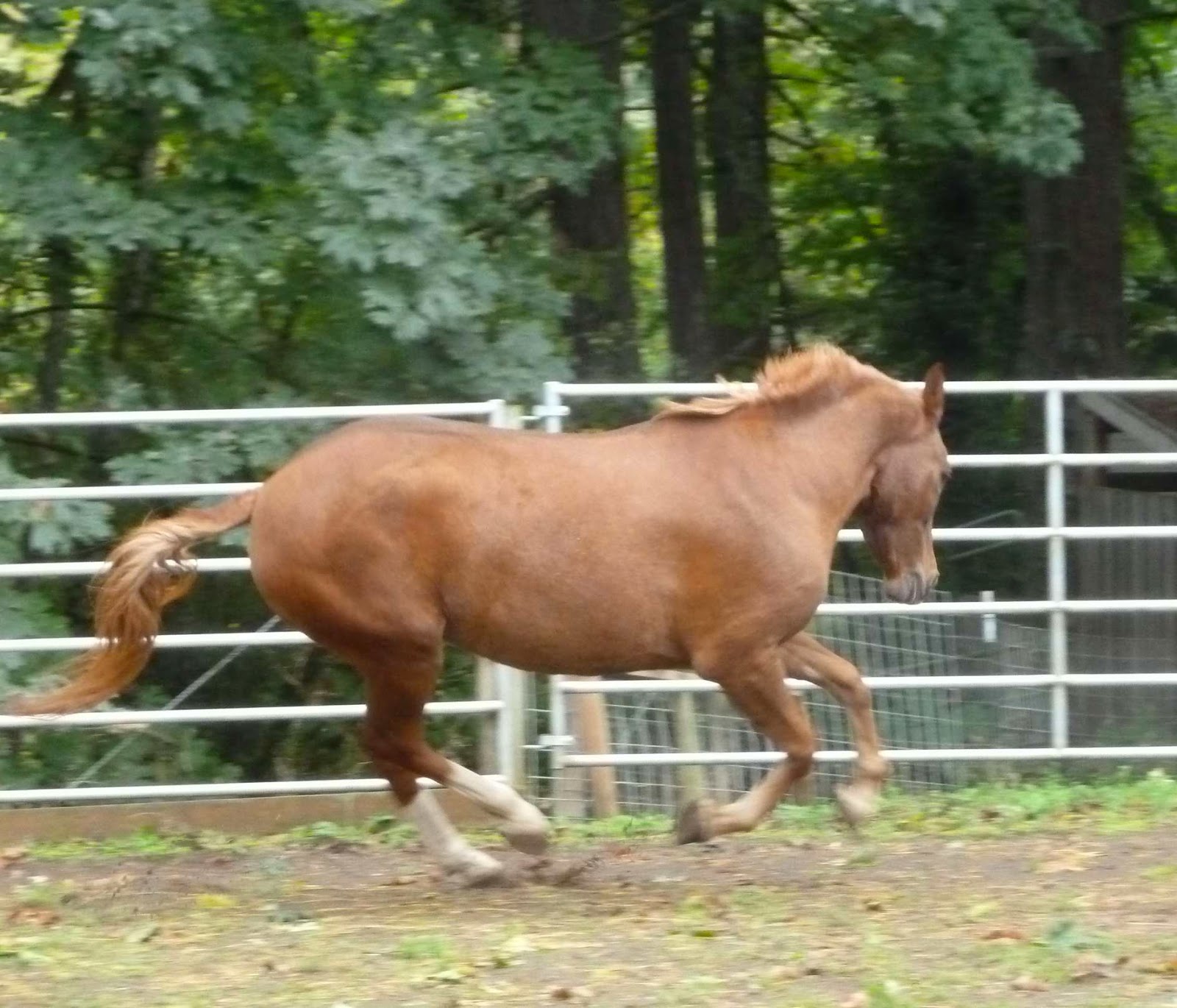 Today's ride wasn't feeling so hot. Lance's shoulder kept falling right, and I was getting a wee bit frustrated with him – before working through the problem and realizing it was my fault! It's hard for me to verbalize what I changed, but when I started riding him correctly, all of a sudden his shoulders stayed where they were supposed to. His canter departs immediately improved, too. I'm sure Lance was as relieved as I was. ;-)
Posted by Michelle at 6:29 PM

Funny how that coming into focus together thing works isn't it? ;) I will admit these days with our trail rides (the infrequent ones this year for sure), we have a little work time and a lot of just rubbernecking and enjoying time. When he sees something different I am alerted by ears and body posture, when I see something, he is alerted too and often swings his focus to match mine. It is a beautiful thing and something I tap into when we really need to be on the same page. Love to see the buck/snort pics too!

How beautiful he has become... and good for Brian!

Now Lance is teaching you! That is a good partnership.