Saturday afternoon late I decided to give Lance some time to exercise himself. I haven't turned him loose to romp since his latest suspensory injury, but figured he's healed and fit enough once again to handle it. 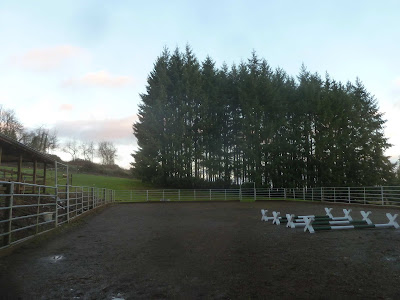 I took a snapshot of the new view from the arena with all the neighboring trees cut. (The remaining firs on in our lower pasture.) There wasn't enough light left for action shots, but there was plenty of action! Lance ran and bucked a lot, proving that his sluggishness under saddle is situational, not systemic. ;-)  Brian was playing with some friends up by the house, which gave me a chance to get some stills, though. 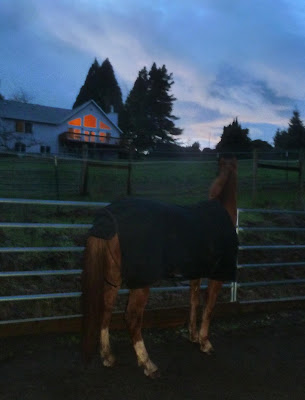 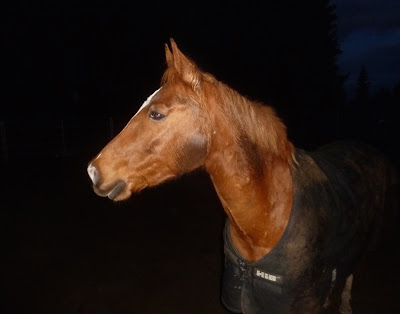 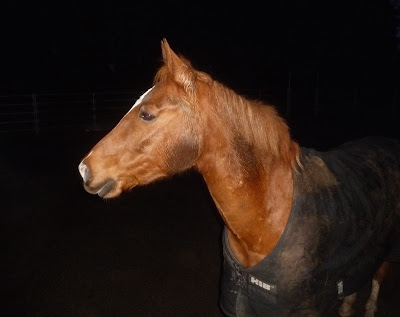 I had left Lance's turnout on to keep the sand off; brushing only gets so much out and it can't feel good between the saddle and his skin. By the time he was done playing he was hot and sweaty, so I uncovered him and we walked to the mailbox to pick up the day's mail and back home to cool out.

Rick got a new camera lens that is supposed to be good for low-light action shots. He tried it out when I rode Lance Sunday afternoon, and it really does work well! I've only begun editing the photos; I'll share some once I'm done.
Posted by Michelle at 1:54 PM