Hope peeks its head out 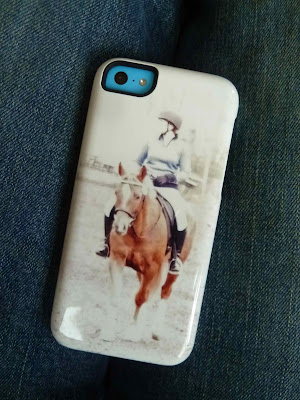 Sorry for breaking down; it's been an emotional year watching my horse struggle to move air and realizing he's probably had this issue to some extent for years. (The photo on my phone cover was taken in February 2016 at the last show we competed at; he had NO energy at that event – and that was more common that not.) Thanks to Kris and Terry for reaching out and offering suggestions that may help my mustang man; I've already taken actions to implement some of them, in addition to what I am already doing (spirulina pellets and freshly ground flaxmeal daily, along with the twice-daily oral prednisolone and antihistamine). The good news is that Lance is breathing much easier this week!

Last Sunday my local chapter of our state dressage organization held their annual picnic at Willamette Mission State Park. Some camped there; my friend Kate and her husband hauled in for a day ride, as did I (we ended up on the ferry at the same time with our rigs; I wish I'd gotten a photo of that!). It was chilly and drizzly so our group of seven faded to just the three of us. We had a lovely, long walk through the level park, and Lance did just fine. 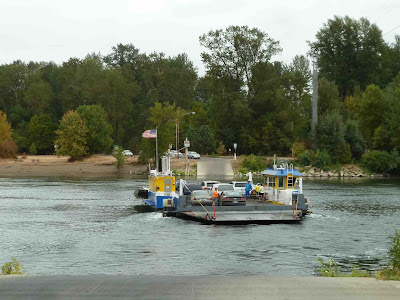 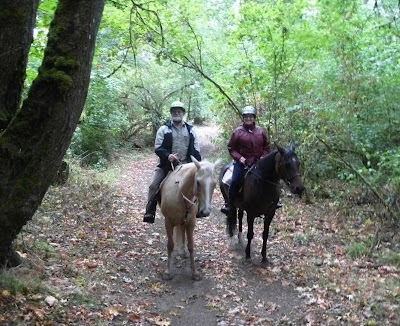 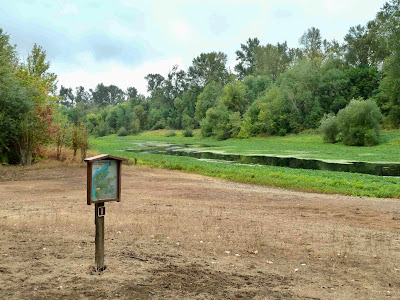 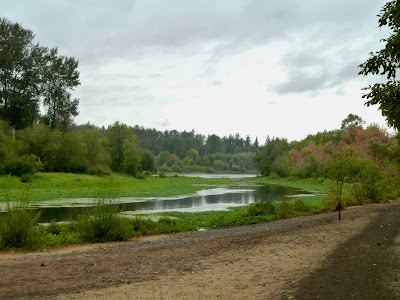 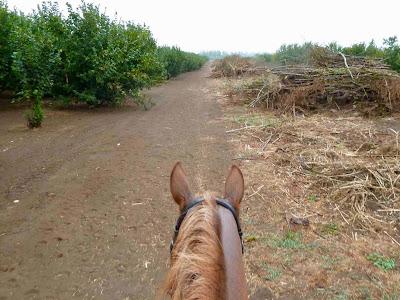 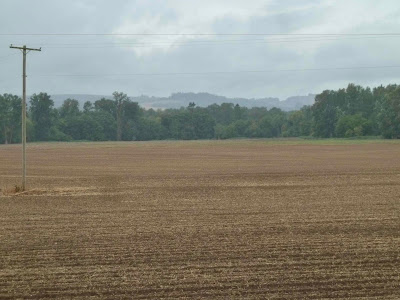 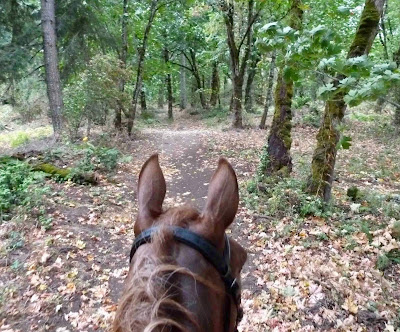 Sunday evening Rick acted on a conversation we'd had last week. It occurred to me that our bedding pellets might be made of alder, one of Lance's "hot triggers." Rick checked both brands we have on hand, and neither state the content, but alder is a commonly milled softwood around here so it's definitely possible. I had picked up a couple bags of pine pellets to try, but hadn't stripped Lance's stall yet. Bless his heart, my husband cleaned out both stalls, pressure-washed stalls, walls, and ceiling to knock down all the dust, then put the pine pellets in Ollie's stall and used some fir micro-shavings he had purchased for the blueberries in Lance's stall. It hasn't been this clean since we built the paddocks and extended the roof! 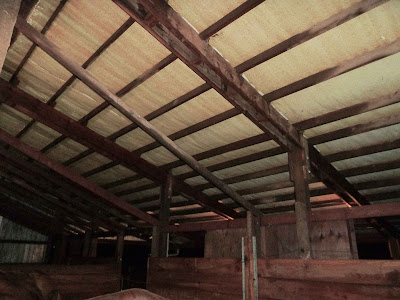 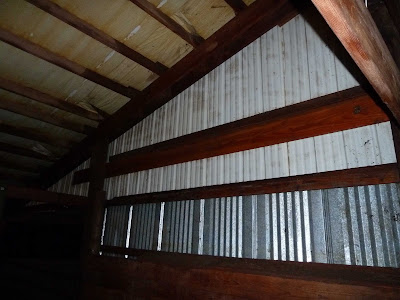 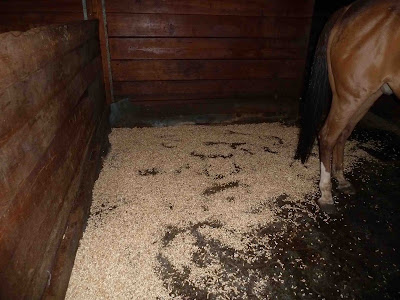 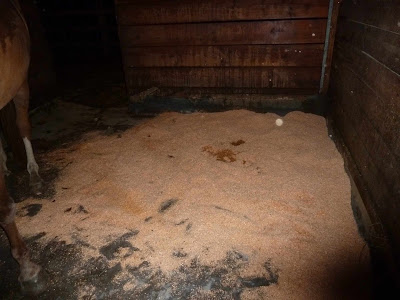 I didn't take note of Lance's breathing until yesterday when I went down to ride, after publishing my post. It was calm! We schooled in our sand arena (nicely watered by a couple days of wonderful rain) and although we didn't work long or hard and took lots of walking breaks on a long rein, his breathing remained slow and easy. This morning it was the same, even though his breathing has been at its worst in the mornings before this.

Could it be the flaxmeal and spirulina? Possibly. Is it the change of weather and cleaner air? I doubt it; we realized he was heaving badly last January, in the middle of our rainy season. I'm ready to bet the farm that we've been aggravating his IAD with alder bedding and want sell all that we have on hand to buy pine pellets, but Rick is more cautious. So we'll probably test my theory when Lance's stall needs to be stripped again, using what we have on hand and watching carefully for a reaction. If Lance's breathing deteriorates, hallelujah; we will have identified an easily remedied environmental issue and can maybe ease him off the steroid and antihistamine for much of the year. Stayed tuned!
Posted by Michelle at 1:56 PM

Barns are such complicated places. As you know, I know about chickens :) The commercial industry has reams of studies about how dust and moisture affect disease (slight changes have big financial consequences) AND how cobwebs harbor all sorts of bad things. So, your wonderful husband did exactly the right thing by cleaning thoroughly. It's hard to tease out exactly what is the tipping point for your good horse. Hopefully you finally found it!

Hooray! I hope you are on to something.