When food bites you back

Rick took time over lunch on Friday to check out Lance's mouth. Lance has been been gaping his mouth occasionally, acting like something inside is bothering him. Perhaps he had injured himself trying to unlatch his door? Or maybe he had a sticker/grass seed head stuck somewhere; I've been getting them in my chore gloves from the coarse local hay we got last summer. That became a greater concern after I learned of an acquaintance's horse that was put down last Saturday because of an abscess under its tongue. 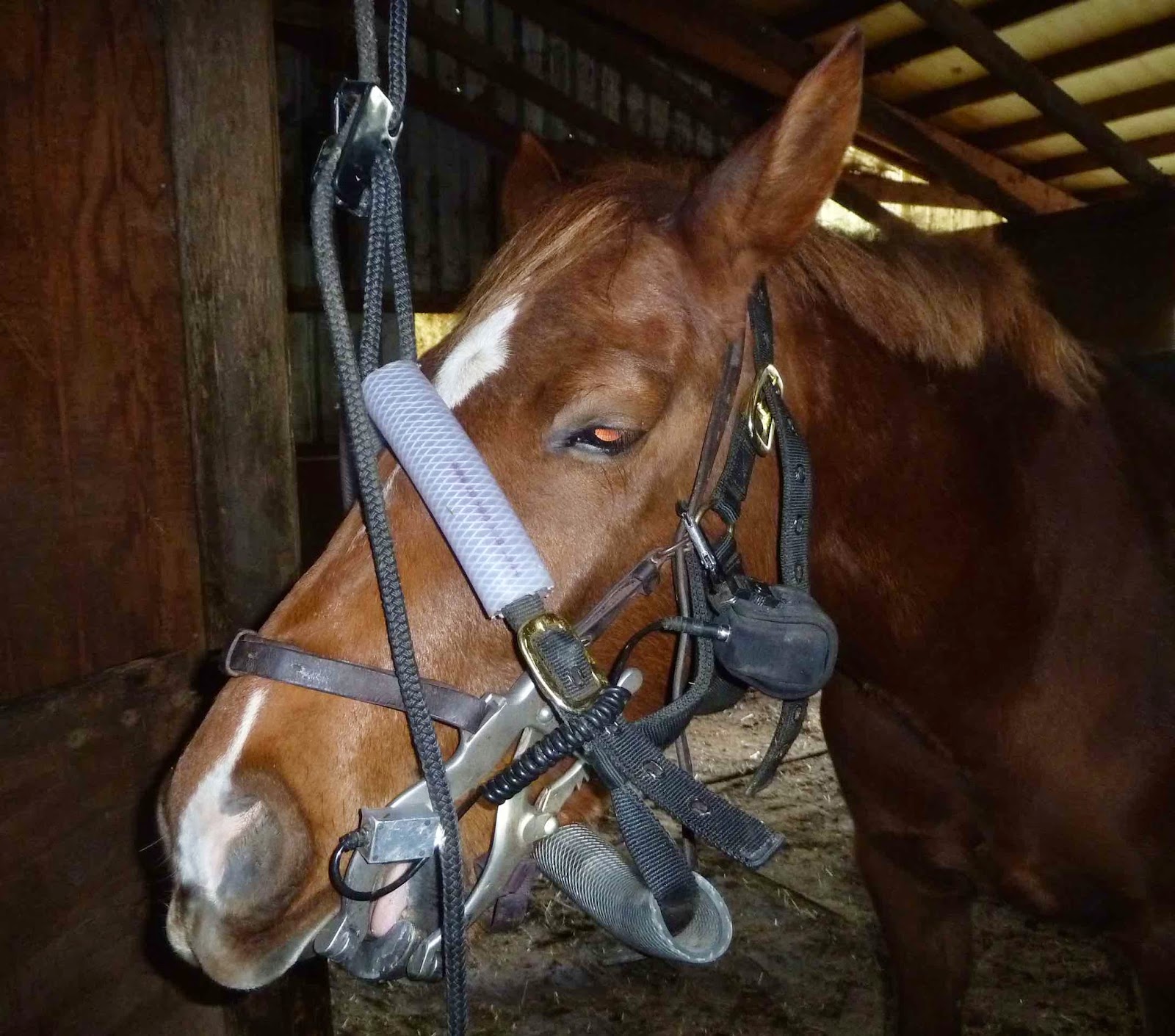 Sure enough, when Rick got Lance sedated and trussed up so he could take a good look inside his mouth, Rick found a bunch of those sharp, nasty grass seed heads packed between Lance's tongue and gums. Lance's mucous membranes were irritated and raw, with some small ulcers forming. Rick cleaned them all out and gave Lance some steroid to calm the inflammation, then went ahead and floated Lance's teeth while he was prepped, taking care of some points that had developed.

Lance should be much more comfortable now; I'll need to teach him how to gargle to KEEP him that way!
Posted by Michelle at 8:05 PM

I bet Lance feels so much better now! X

That's quite the contraption! Poor guy, all those bits irritating his mouth. Are they like fox tails? Or just the husks from the grass seed? Who grew the grass/where'd you get it from?

Maggie, I'm certain that he does.

Wanda, I do think some of them are foxtails. I can't remember the guy's name; he's the dad of a client who bales other people's small acreages. When the nice hay we had arranged to buy was sold out from under us, we were scrambling to find SOMEthing we could afford, and this was it. Fortunately, Rick is a vet, or it would have ended up being much more expensive hay with added vet bills!