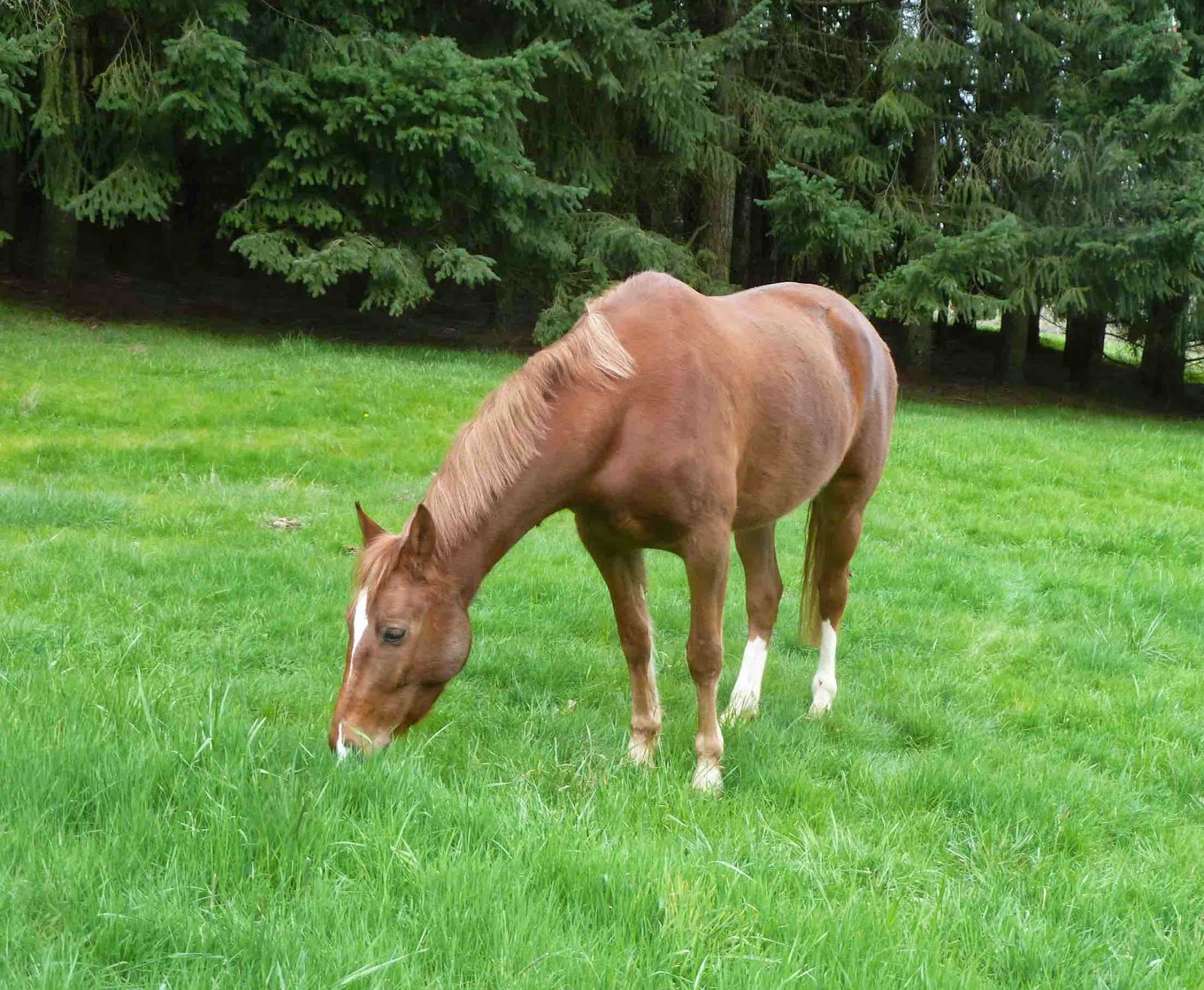 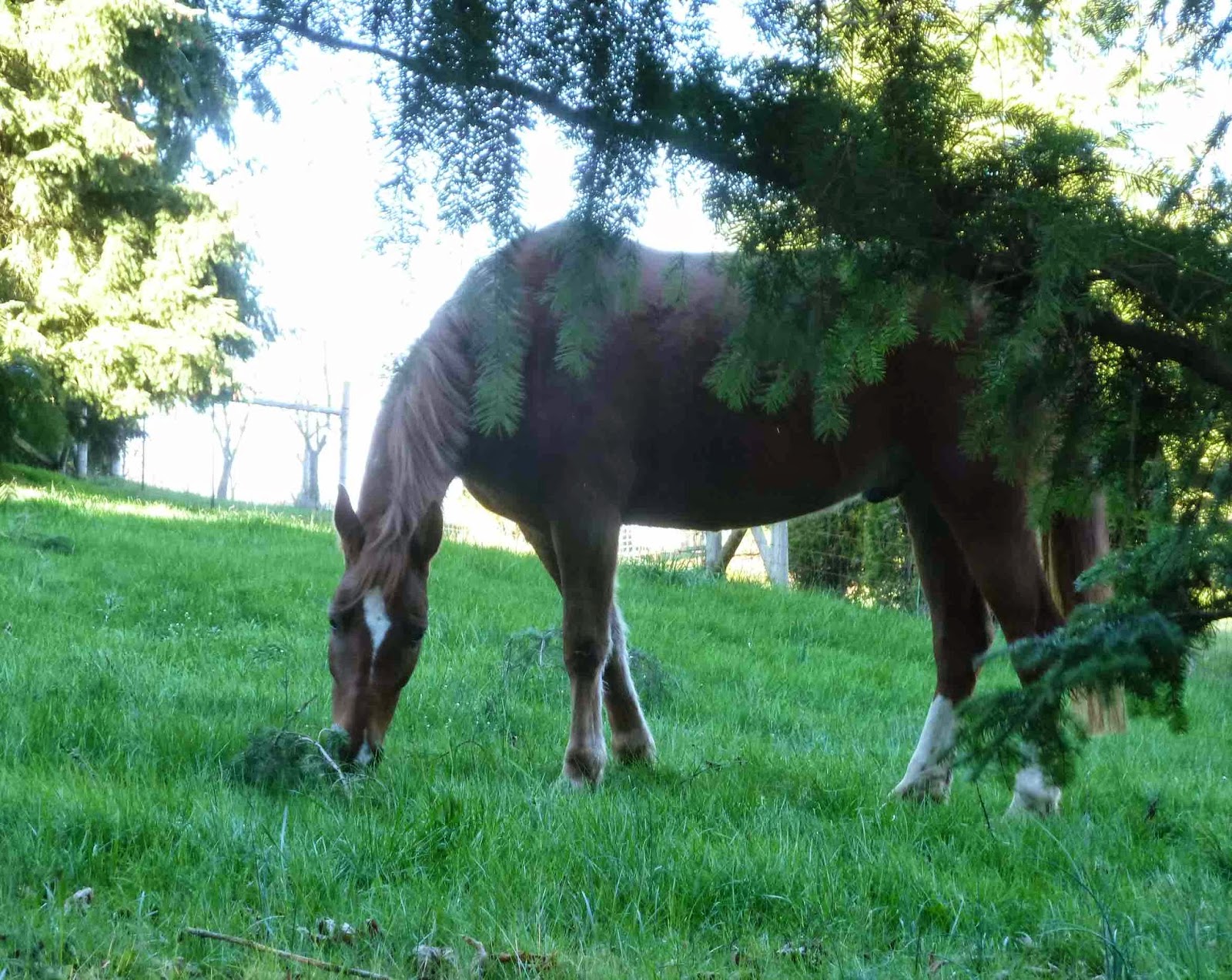 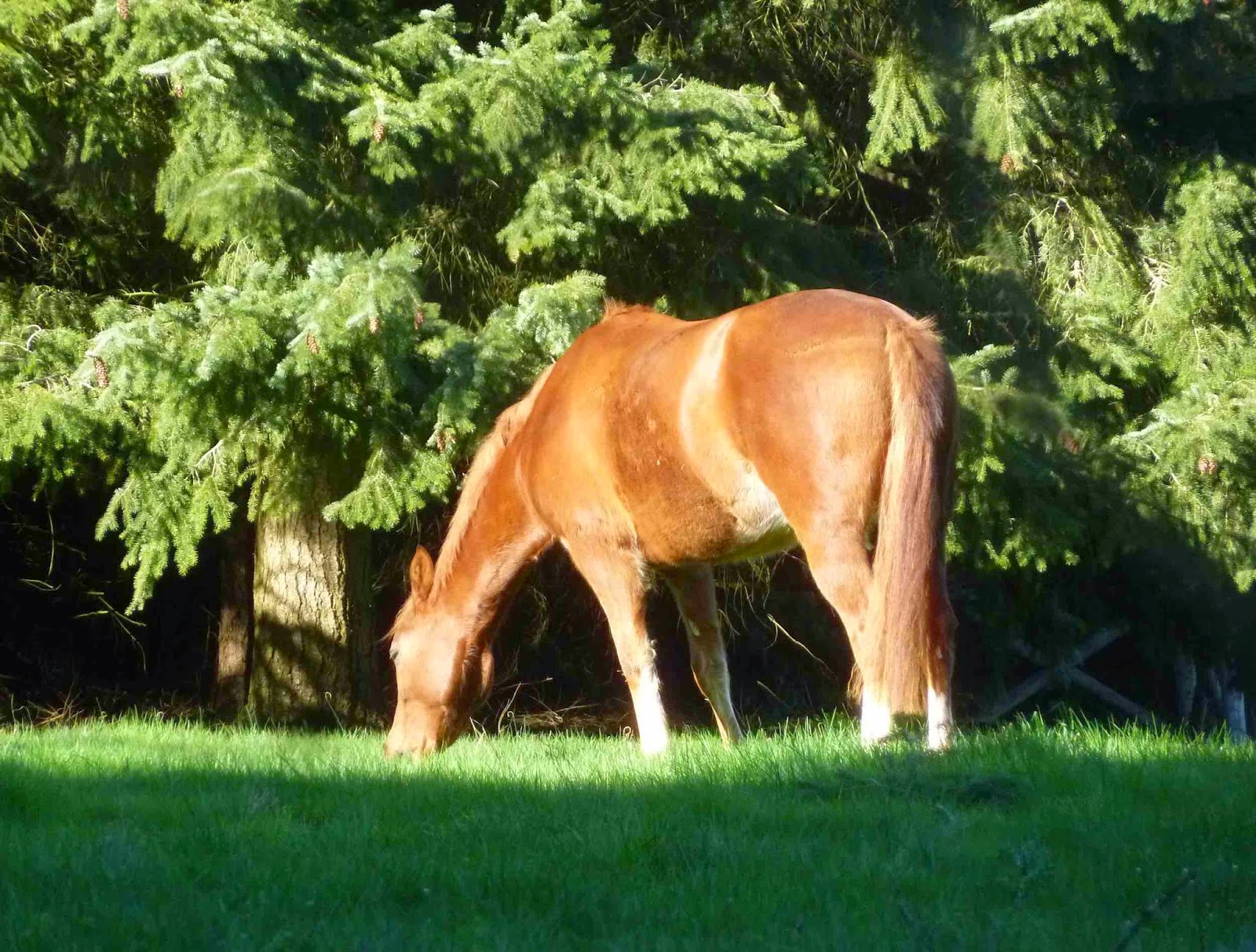 I guess it's a good thing I was too broke to enter our chapter's League show today, or I would have had to scratch again. No thank-you; I had to do enough of that last year! I just want my big red goober to get better. He looks and acts perky (except that he isn't interested in running and playing), but is still breathing hard for just standing around. I'm going to go turn him out for another 30 minutes of grass this afternoon. Our March has definitely come in like a lamb!
Posted by Michelle at 1:17 PM

Boy, Lance always seems to get interesting problems. I'm guessing it isn't choke since I'm sure you and Rick would have thought of that first thing. I wonder if whatever is in the hay is causing problems down further in the throat.
Poor baby! Fingers crossed it works itself out and that you discover the root of it.

Sad! Hopefully you figure out what the issue is soon.