Yesterday afternoon I took Lance out for a ride. As we got underway after warming up, he sounded a bit rattly, like he had phlegm in his throat. I thought he'd cough and clear it, as he often does, but it wouldn't clear. It is impossible to dance when your partner has to keep putting his head down to hack, and his breathing worsened from audible to audible and labored with very little work. I hopped off as Brian came down to the arena to check on us, and he was alarmed by the sound, too. I grabbed my camera to document it but messed up my controls and didn't get it recorded; Brian said Lance's breathing had improved a little by the time I tried, anyway. So I led Lance back to his stall to untack him – and that short walk made his breathing worsen again. (His sides were heaving as much as his nostrils were flaring.)

I haven't shown this to Rick yet, but I did tell him about it. Rick mentioned checking Lance out with the endoscope; I'm hoping he does it soon. Something isn't right with my handsome horse, and it is worrisome – and strangely random. 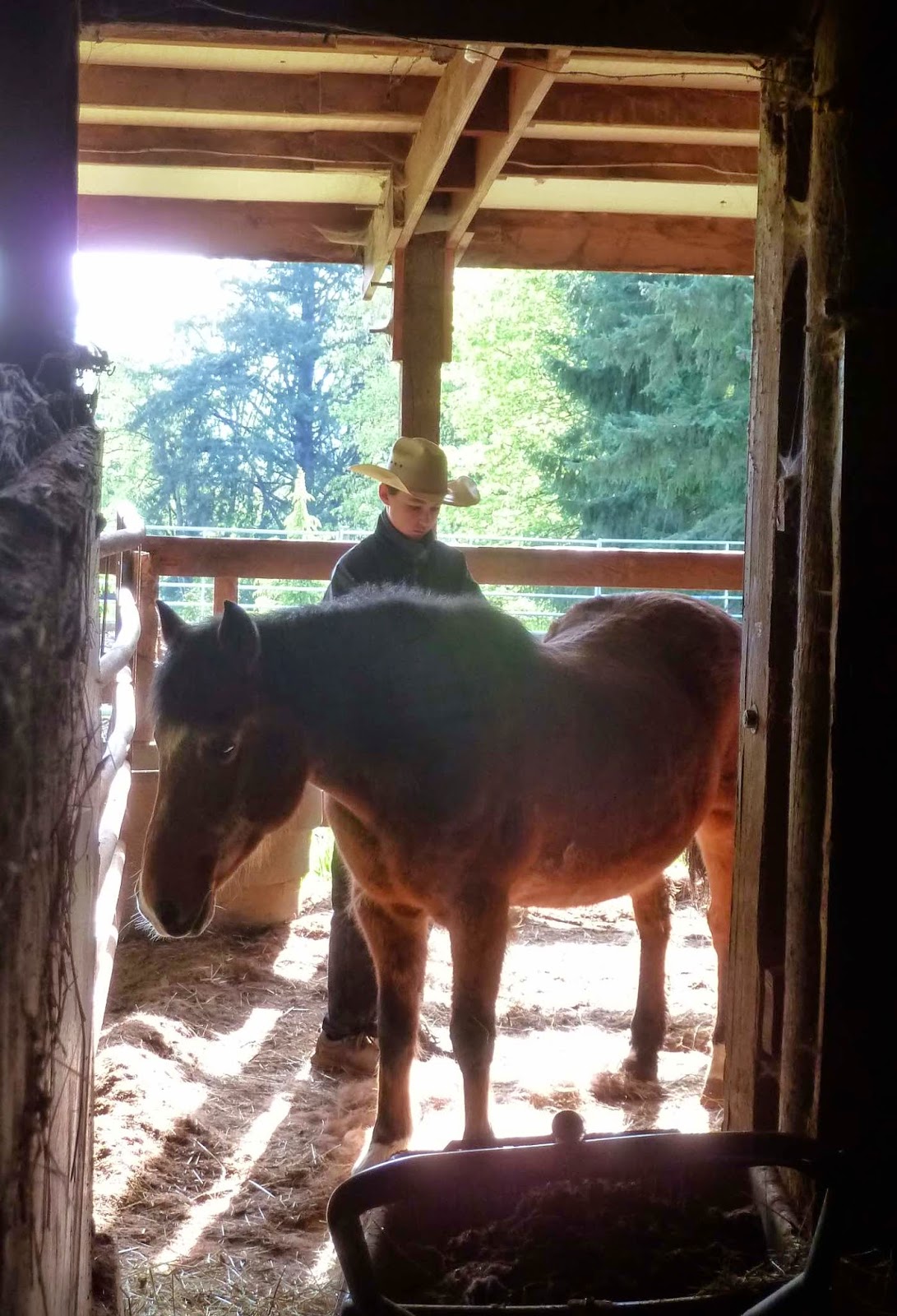 This morning during chores, I found Brian taking a break from cleaning stalls to curry Breezy. He has been avoiding her because of the stench of cancer, so I was touched. He wants to ride Ollie again today, so we are trying to get everything caught up in order to have the time to play. Right now Brian is in a "cowboy phase." It's hard to keep up with all the personas my adolescent tries on; I must say the current one is far preferable to "the punk"!
Posted by Michelle at 12:06 PM

Ugh. That's not fun for you (or Lance). I hope you can figure out what's going on.

Sigh.....that picture of Brian and Breezy is so bittersweet
Michelle. They have their time for good-bye haven't they, even though no one is really ready except maybe Breezy.
Good luck with Lance, how completely alarming.

Poor ponies :-/. Nice picture of Brian and Breezy tho.

Michelle, a wonderful picture of Brain and Breezey. I will keep her in my thoughts as time goes on. I know what this time is like. Have you done allergy testing on Lance? I did that with Woodrow and found many, many allergens in his environment. His last 10 years were much more calm because of the mgmt of his immune system. Please let us know what you determine.

I did not know about Breezy, I am so sorry!