True to the random nature of Lance's random breathing/coughing problem, he's been mostly fine the last two rides. A bit of coughing, and that's it. We were going to scope him today, but Rick graded the arena instead. (The grading was sorely needed so I am thankful he did it.) Rick said we might try a regimen of Azium on Lance to see if that helps; if it does, Rick said there is a milder drug with less negative side effects on which we can maintain him. We tried steroids to no avail when Lance had those several days of heavy breathing, which we thought ruled out allergies, but it may not be that simple.

Brian has been riding Oliver and doing well with him. The first day he tried loping, Oliver humped up and tried to crow hop, but Brian did what I coached him to do and got Ollie redirected. Then Brian wanted me to ride Ollie, but I told him that wouldn't help his confidence like learning to ride through the problems himself. So he persevered and they are becoming a nice team. 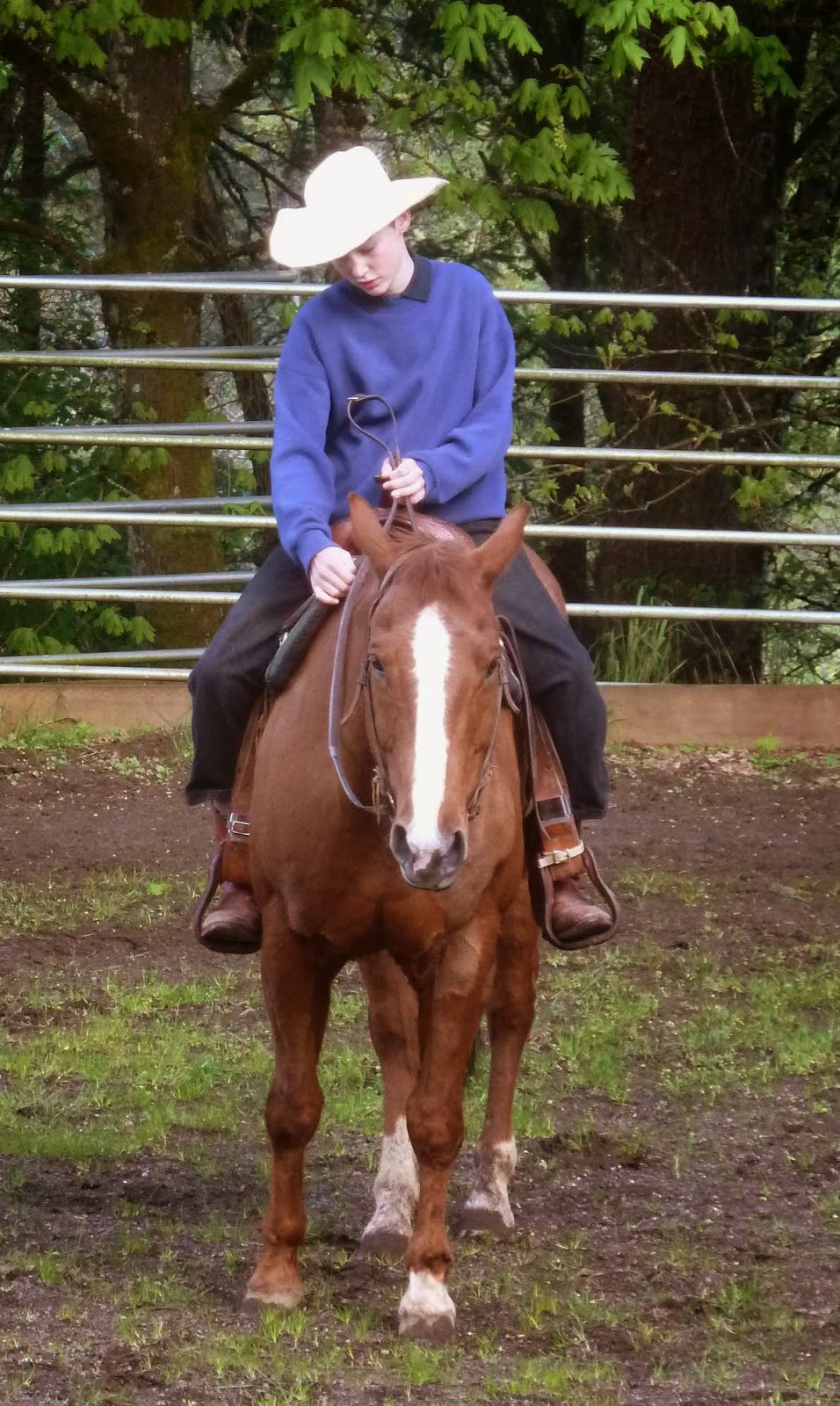 Hey Dances With Horses your blog is Haynets Blog of the Day today! Come and take a look: http://www.hay-net.co.uk/haynet-news/8067/equestrian-blog-of-the-day---dances-with-horses